Padraig Harrington was delighted to secure the PGA Tour Champions US Open after what he described as a battling week at Saucon Valley Country Club's Old Course.

The Dubliner held a commanding lead heading into the final day of his maiden senior US Open and was pushed all the way in the end by Steve Stricker, who posted a six-under 65, compared to Harrington's one-over 71.

But Harrington had a shot to spare as he finished on 18 to secure his maiden Champions Tour major, to add to his three major wins, which included two Open titles and the PGA Championship back in 2007 and 2008.

"It’s very special," said Harrington. "The reason I’m on the Champions Tour is that I want to win, I want to win the big events and the majors.

"You go out on the regular tour and you might be finishing 30th or 40th, and it can be a struggle.

"But you come here, and you have the crowds cheering you on, rooting for you, or rooting against you in places.

"I was exceptionally impressed with the golf course and the USGA gave us a real test this week.

"It was a battling week and I knew that would suit me. It put pressure on me at times, but thank you to the USGA for setting up a really tough test."

And Harrington paid credit to long-time caddie Ronan Flood who helped him negotiate the final stretch to secure the victory.

"It’s why we do it, and as tough as it is coming down the stretch with a one-shot lead, my caddie kept reminding me, 'would you want to be anywhere else; you would have taken this at the start of the week’.

And Harrington admitted that the task was made even tougher by the fact that it was his Ryder Cup nemesis, Stricker, who was the player hunting him down on the final day, having been rival captains at last year’s event where USA defeated Europe.

"It was tough to lead from the front, even tougher when it’s Steve Stricker behind you, so happy to get it done in the end.

"He’s had one up on me, so maybe I owed him one here today." 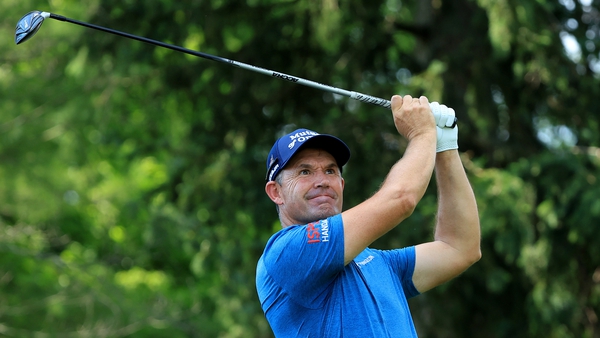