In Gee Chun remains at the top of the Women's PGA Championship leaderboard but saw her lead cut in half on day three in Maryland.

The South Korean had scorched into a six-shot advantage at the halfway mark at Congressional Country Club thanks to a course-record 64 on Thursday and 69 on Friday.

However, Chun struggled to a three-over 75 on Saturday. She had been level par after three birdies and as many bogeys before dropping a shot on 15 and two more on the 16th.

Antrim woman Stephanie Meadow moved up into a share of 10th after a level-par 72.

Meadow began badly with a bogey on the opening hole but bounced back with birdies on six, 10 and 11 to move into the top five.

However, a costly double-bogey on the par 4 15th saw her finish the day as she had started on two under.

Cavan's Leona Maguire had a day to forget, a quadruple bogey on three was the low point on the way to a five-over 77.

Though Maguire also managed four birdies, there were five further bogeys and she slumped to joint 64th on seven over overall. 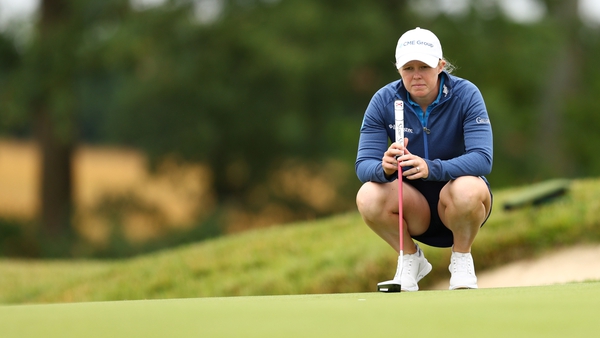