Seamus Power believes that his maturity and experience can give him an extra edge as he goes into the final round of the US PGA Championship well in contention.

Power goes in the third last group today after carding the second best round of the day in Saturday's third round, a 67, at Southern Hills.

This is only Power’s second major appearance after more than holding his own at the Masters last month, and it’s been a remarkable journey for the 35-year-old who, a year and a half ago, was ranked 429th in the world.

Power is a late bloomer on golf’s biggest stage and he believes that his climb through the ranks from the Korn Ferry Tour, to the PGA Tour, and eventually to the majors, gives him a different angle than some of his rivals.

"Being a little older starting in the majors, I think you have a slightly better perspective," he told RTÉ Sport.

"It’s obviously a big tournament but it’s not the end of the world, it’s not like everything is going to come to an end no matter what happens tomorrow.

"I think having that perspective and being slightly older and having been through all the stages of it, you know opportunities are going to come, and it’s fun to be in this spot to see how your game is going to hold up.

"When things are going badly, that’s why you fight through it, to get in these spots and see all the work pay off."

Power’s ability to make the most of the changing conditions at Southern Hills, where temperatures plummeted and wind and rain picked up on Saturday, helped him to charge up the leaderboard and he’s hoping for a similar display today.

"I played well, I made three or four nice putts on the back nine and just felt the greens were a little bit smoother. You have a bit more confidence in being aggressive and trying to make putts.

"On Thursday afternoon it got to a point when you just didn’t want to be running them three or four feet by and it makes it harder to make putts when you’re in that mindset.

"You’re trying to win the tournament and for me it’s going to be the same – starting of the first tee and just trying to hit the shots I’m visualising.

"I have simple things I try to do on every shot and if I do those I’ll be happy. I’ll stand on the first hole and visualise the shot I want to hit. 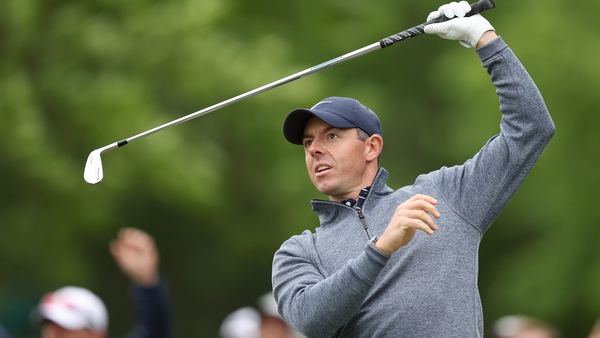