Greg Norman's description of the murder of Jamal Khashoggi as a "mistake" has been branded "wrong and seriously misguided" by Amnesty International.

Norman made the comments at a press event on Wednesday ahead of the LIV Golf Invitational Series of tournaments, which are funded by the Saudi Arabian government's Public Investment Fund (PIF).

"This whole thing about Saudi Arabia and Khashoggi and human rights, talk about it, but also talk about the good that the country is doing in changing its culture," Norman said at Centurion Club, which will host the first LIV Golf event from June 9-11.

"I haven't had a personal conversation with MBS, I've never met the guy, but at the same time I do read that the Saudi government has made their statements and comments about it and they want to move forward."

In a statement to the PA news agency, Felix Jakens, Amnesty International UK's Head of Campaigns, said: "Greg Norman's remarks that the Saudi Government's brutal murder of Jamal Khashoggi and its attempted cover-up were a 'mistake' are wrong and seriously misguided.

"Far from trying to 'move on', the Saudi authorities have attempted to sweep their crimes under the carpet, avoiding justice and accountability at every turn.

"The regime's human rights record is an abomination - from its murder of Khashoggi to recent mass executions and the situation for LGBTI+ people, which continues to be dire.

"The LIV Golf Invitational Series is yet one more event in a series of sportswashing exercises that the Saudi authorities are using to clean its blood-soaked image.

"Everyone involved in any of the sports events held there, or that are sponsored by Saudi Arabia, must be aware of what is going on in the Kingdom and speak out about the Government's brazen abuses." 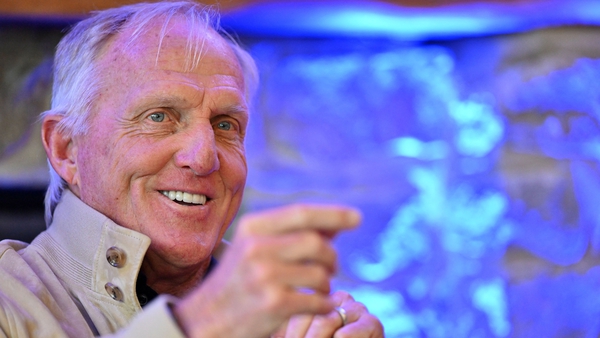 'We all make mistakes' - Greg Norman on Jamal Khashoggi murder