Rory McIlroy vowed to keep trying to win the Masters and complete a career Grand Slam after a thrilling runners-up finish at Augusta National.

McIlroy holed out from a bunker on the 18th to complete a closing 64, equalling the lowest final round in tournament history.

The 32-year-old finished three shots behind world number one Scottie Scheffler, who four-putted the 18th in an otherwise brilliant performance to claim his first major title with a fourth win in his last six starts.

"It's what you dream about, right? You dream about getting yourself in position," McIlroy said after his wild celebrations on the 18th green with playing partner Collin Morikawa, who also holed out from the same bunker.

"I wasn't quite close enough to the lead (but) to play as well as I did and then to finish like this, I mean, it's just absolutely incredible.

"This tournament never ceases to amaze and that's as happy as I've ever been on a golf course right there. That was incredible. I've never heard roars like on the 18th green. It was really cool.

"I will come up a little bit short, but I gave it a great go and I can't ask any more of myself. I went out there today, shot my best ever score at Augusta and it's going to be my best finish ever.

"Probably not quite good enough, but I'll come back next year and keep trying."

In an interview with RTÉ Sport, McIlroy also said that Sunday's magical round of 64 was like a homage to the late Seve Ballesteros – golf's greatest escape artist who donned the green jacket in 1980 and 1983.

"I said to Harry [Diamond] on the 18th, I said 'Seve would have been proud of me today.' 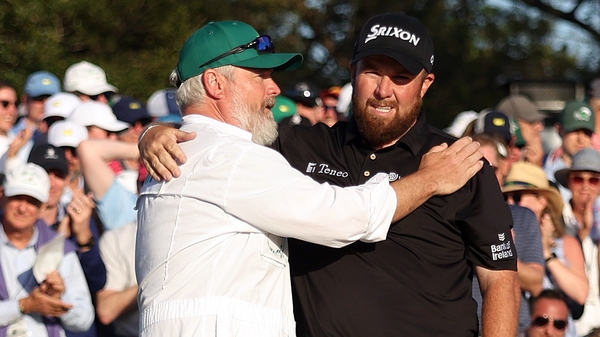 Lowry: I will wake up thinking what could have been