Brandt Snedeker and Beau Hossler shot matching five-under par 67s on Saturday to form a four-way tie atop the leaderboard of the Valero Texas Open after three rounds at TPC San Antonio.

Snedeker and Hossler jumped 12 spots up the leaderboard on moving day, forging a lead at 10-under with South African Dylan Frittelli and JJ Spaun.

Halfway leader Ryan Palmer shot 77 to drop into a tie for 21st at five under while Irish pair Rory McIlroy and Graeme McDowell failed to make the cut.

Scott Stallings also shot 67, joining three others for low round of the day, to vault into solo fifth at nine under. Matt Kuchar sits in solo sixth at eight under, two shots back. Nine players are tied for seventh place at seven under.

Snedeker started slow in his bogey-free round, carding just one birdie on the front nine before collecting four coming in.

"It was pretty simple out there for me today. I hit it pretty good, drove the ball fantastic and hit a bunch of good iron shots," Snedeker said. "Missed a few short (putts) that I don't want to do tomorrow, but all in all I feel really good about where my game is and excited about the challenge tomorrow's going to create."

Hossler's round was more chaotic. He finished with seven birdies – including three of the four par five holes - but carded a bogey on the front and back.

"It was a challenging round," Hossler said. "The golf course is drying out significantly. A lot of areas that I think they'll be putting water on tomorrow evening. Yeah, I mean, to shoot five-under par today was really good."

Spaun survived a double-bogey on the par-four ninth hole and two bogeys on the back nine to card a 69. In between missteps, he recorded seven birdies for the round.

"It was kind of up and down," Spaun said. "I got off to a nice start. ... Just like a lazy double on nine, so seems like my game's fitting pretty good for this course and I'm confident, so I'm overall pretty happy with today."

Frittelli posted three birdies against a bogey for his round.

The San Antonio tournament champion would earn a berth in next week's Masters if he is not already qualified. 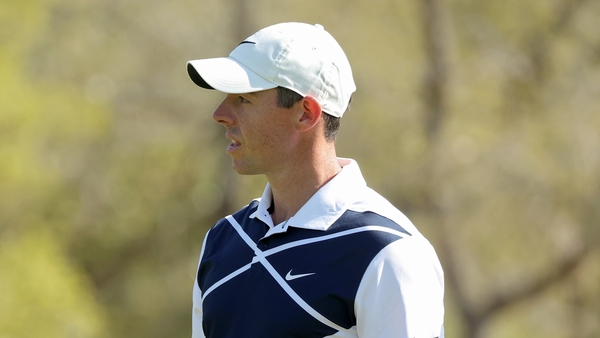