Rory McIlroy said on Sunday he felt "punch-drunk" after a disappointing finish at the Arnold Palmer Invitational in Orlando, Florida, where the four-time major champion once again failed to take advantage of a hot start at Bay Hill.

McIlroy took control of the tournament with an opening-round 65 for a two-shot lead, but faltered after that and closed with a four-over-par 76 that left him in a share of 13th place and six shots behind winner Scottie Scheffler.

For McIlroy, who won the 2018 Arnold Palmer Invitational, the result snapped a streak of five consecutive top-10s at Bay Hill and dropped him to three for 18 when holding the 18-hole lead or co-lead on the PGA Tour.

"I feel punch-drunk, to be honest. The weekend, it's like crazy golf. You just don't get rewarded for good shots," McIlroy told reporters.

"Like I'm venting here and I'm frustrated and whatever. I think as well the frustration, it's a carbon copy of what's happened the last three years here."

McIlroy will have little time to put his performance behind him as he heads directly to Ponte Vedra Beach for The Players Championship at TPC Sawgrass, with a field that includes 48 of the top 50 players in world rankings.

Scoring conditions at Bay Hill were the toughest they have been in decades and McIlroy, who picked up the most recent of his 20 PGA Tour wins last October in Las Vegas, said he is playing better than his latest score implied.

"Like I'm playing good. I'm hitting good shots. I'm swinging the club well. I'm chipping well. I'm putting well. But it can knock your confidence whenever the conditions are like this," said McIlroy.

"I just need a day off tomorrow to forget about what's happened this week and then just sort of focus on next week." 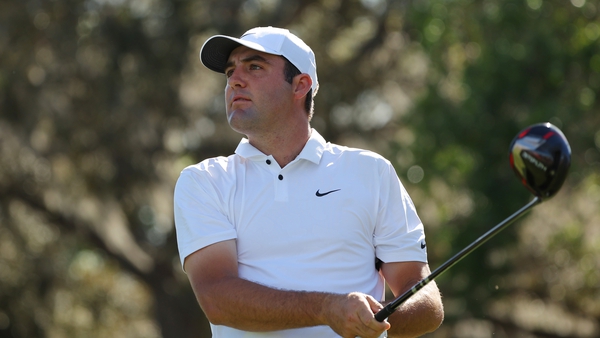