Tiger Woods, who is unsure when he will return to the PGA Tour after sustaining serious leg injuries in a February car crash, has said he will compete with his son Charlie at next week's PNC Championship in Orlando.

The 18-19 December event is a 36-hole tournament with a field typically comprised of major champions and their parents or children.

Padraig Harrington, Gary Player, Tom Watson and Nick Faldo are among the other big names set to feature.

The 36-hole, two-man scramble event marks the first for Woods since he was involved in a single-car accident that resulted in multiple fractures to his right leg.

Woods was immobilised for months and was wearing a protective boot when he appeared as host of the Hero World Challenge last week.

Carts are allowed to be used at the PNC Championship.

"Although it's been a long and challenging year, I am very excited to close it out by competing in the [PNC Championship] with my son Charlie," Woods wrote on Twitter.

"I'm playing as a Dad and couldn't be more excited and proud."

Woods played in last year's PNC Championship with Charlie, who stole the show as the duo finished seventh in a 20-team field.

Last week at the Hero World Challenge in the Bahamas, Woods said he was nowhere near being able to play PGA Tour-level golf.

"As far as playing at the Tour level, I don't know that that's going to happen," the 15-time major winner said at the time. "I play a round here and there. A little hit and giggle. I can do something like that. The USGA suggests playing forward. I really like that idea now." 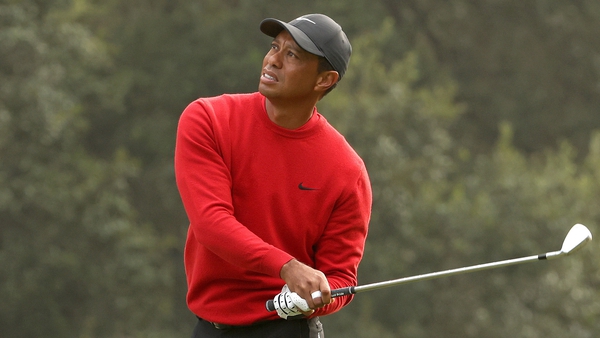