Padraig Harrington has made a strong start to finish the opening round tied for fourth at the Portugal Masters.

The three-time major winner is on four under, six shots off the lead held by Italian Nino Bertasio who shot a stunning first round of 61, after carding a bogey-free 67 at the Vilamoura course.

Northern Ireland's Jonathan Caldwell is two shots behind Harrington on two under after a 69, while Cormac Sharvin opened with a 76 which leaves him significantly off the pace on five over.

Spain's Adria Arnaus is second on six under, with Malaysia's Gavin Green one shot further back in third.

Harrington made a strong start on the back nine with a birdie on the 11th, before consecutive birdies on the 15th and 16th saw the 2021 Europe Ryder Cup captain build momentum.

Another birdie on the fifth hole saw him maintain that positive trajectory and keep him in the mix ahead of Friday's second round.

Grand day on the course. Shot 67 minus 4 with no bogey. T2 when I finished. @PortugalMasters @EuropeanTour pic.twitter.com/dvjlhzwiHD

"I played a couple of Champions Tour events in the States, I hit the ball quite well and was lapped by the field," Harrington said.

"That gave me a bit of a wake-up call that as much as I've strengthened my weaknesses over the last number of years, I've definitely weakened my strengths.

"Today was a good day in that sense. I was a lot sharper. I worked a good score out of it, I didn't hit the ball great but hit my wedges better and gave myself lots of chances.

"It's an interesting course in that there's a lot of risk-reward. There's a lot of intimidating shots, but with the rough being down you're sometimes better off bailing out a little bit, you can do that here. You need a smart head around this course this week."

Caldwell, who also started on the back nine, began well with three birdies but a mixed back nine featuring three bogeys and two birdies saw him end the day in a tie for 23rd.

Similarly, Sharvin made a positive start with three birdies and a bogey leaving him two under at the turn.

But a bogey on 11 followed by a triple bogey on the 12th saw him slip down the leaderboard.

That was compounded by dropping another shot on the 17th before he finished with a double bogey on the last. 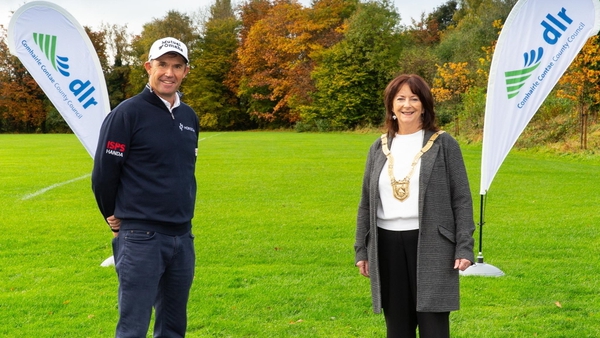