Jonathan Caldwell is in a tie for 30th as Jeff Winther carded three closing birdies in a bogey-free 62 to take a two-shot lead into the final round of the Mallorca Golf Open.

The Dane had started his week with a 62 and he matched that score on day three - sandwiching a second-round 71 fired in more difficult, windy conditions - to get to 15 under.

Caldwell is 11 strokes back after a third-round 69 that included three birdies and two bogeys.

Cormac Sharvin, the only other Irish player to make the cut, is on three over after shooting a 72.

Back at the top Spaniard Jorge Campillo was at 13 under, a shot clear of countryman Alvaro Quiros and Swede Sebastian Soderberg.

Winther birdied the second, fifth and seventh to get into a seven-way tie for the lead and added further gains at the 10th and 11th as he kept pace with Campillo and Soderberg.

The 33-year-old then put an approach to seven feet on the 16th and holed 20-foot putts on the last two holes to jump out in front as he looks for a first European Tour victory.

Winther has not led into the final round at a European Tour event before and the world number 307 - who has his family with him in Spain this week - believes controlling his emotions could be crucial over the final 18 holes.

"Going home to the place we are staying with the kids will definitely remove every focus on golf there is," he said.

"It's more the nerves on course tomorrow that I will have to try to keep in check. Let's see if 'Stretch' (caddie Ian More) is as good as my old caddie says he is.

"It was lovely today, Jorge and I putted really well and just kept making birdies and birdies, it was almost a little competition between us."

Campillo carded a 64, a score matched by Soderberg who finished second at last week's Andalucia Masters, while seven-time European Tour winner Quiros signed for a 65. 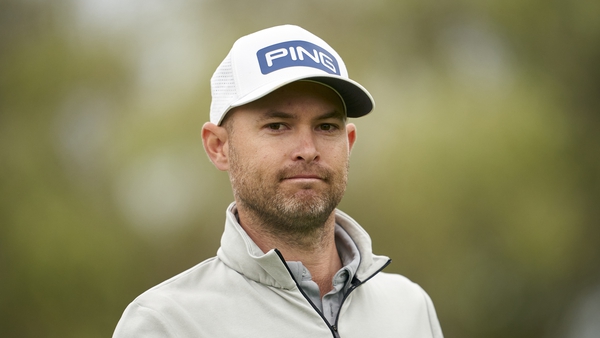