Schauffele snatched the glory after a marvellous approach to the 18th green that set up a birdie putt and break Rory Sabbatini's heart.

The South-African born Slovakian had been watching from the clubhouse after carding an Olympic record 61 that left him on 17-under, which looked for so long like it would be enough to win the competition. In the end, he had to settle for silver as his American opponent made it to -18 with his final stroke.

McIlroy's ambitions ended on the third play-off hole. His par was not enough to keep him in the frame as Collin Morikawa and CT Pan both birdied. The latter later took the bronze medal.

A topsy-turvy round had seen McIlroy just about keep alive his hopes of making the podium as part of a cluster on 15-under.

He was still in the mix to challenge for silver, or even gold, when his tee shot on 15 found the trees, and though he ultimately scrambled well to bogey, it cost him precious momentum.

A par on the par-three 16th meant he had to go for it on his final two holes, needing at least a birdie to keep himself in contention for a medal. 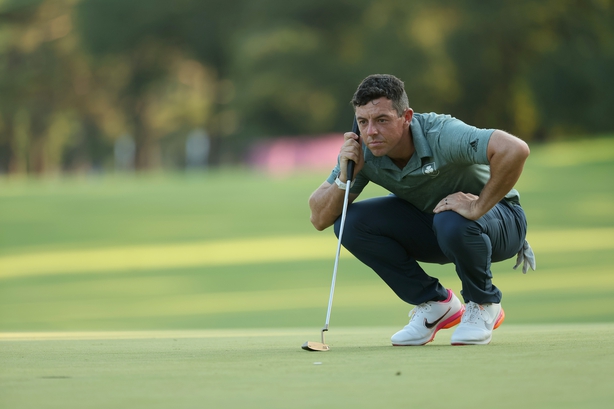 He did the business on the 17th, holding his nerve with a fine birdie putt to set up an intriguing climax on the dangerous 18th. His putt for birdie - and the bronze - was painfully shy, breaking a fraction right and short to leave the 32-year-old holding his head in his hands.

McIlroy went in the same group as Matsuyama and Casey. He found sand to the right of the fairway off the tee and had to lay up, costing him any realistic chance of a birdie.

A terrific third shot did set him up for a confidently taken par putt which saw him progress to the second play-off hole along with Pan, Morikawa, Pereira and Munoz.

Casey and home favourite Matsuyama both bogeyed to drop out.

All five men then parred the par-three tenth to continue on to a third play-off hole, the 461-yard par-four 11th.

McIlroy smashed his drive down the centre of the fairway but brilliant irons from Morikawa and CT Pan ramped up the pressure. McIlroy had to birdie. He didn't, his effort skimming the fringes of the cup.

It ended his ambitions, with Munoz and Pereira also tumbling out of contention.

Pan held his nerve on the next hole as he drained a par putt to deny Morikawa and take the bronze.

Meanwhile, Shane Lowry bounced back from a bad start to sign off on ten-under after a level-par 71.

The Offaly man carded birdies on 14, 16 and 17 to move up the leaderboard, though it came too late for him to ever threaten the medal positions after dropping three shots on the front nine.

Lowry finished in a tie for 22nd. 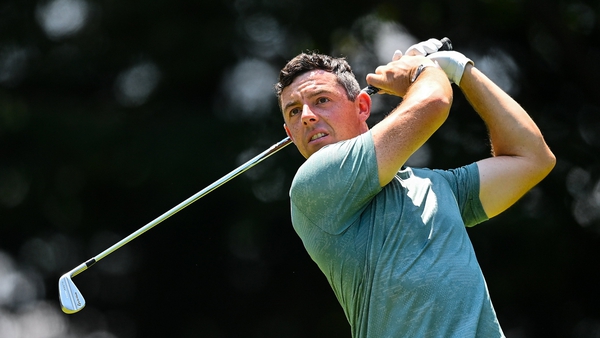 Tokyo 2020: McIlroy proud of his performance but Lowry 'very disappointed' to miss out on medals