England's Matt Wallace was happy to be feeling the pressure again as he moved into contention on day two of the Cazoo Open at Celtic Manor.

The 31-year-old is the highest-ranked player in the field this week and spoke of his desire to put in a good performance to impress Ryder Cup captain Padraig Harrington as he looks for a debut at Whistling Straits in September.

He opened with a 67 on Thursday and after taking one more blow in windier conditions in round two he found himself at seven-under, four shots behind leader Nacho Elvira.

Wallace has three top-ten finishes worldwide this season but has slipped to 58th in the rankings and is looking for a victory at the 2010 Ryder Cup venue to get into the field for next month's WGC-FedEx St Jude Invitational.

"I haven't felt like this in a while, coming to a tournament where the expectations are a little bit higher," he said.

"I've got high expectations for myself anyway but I haven't felt like this in a while.

"This is why I'm here. I need a really good result - I don't think second is enough to get me into the WGC. This is my goal for the week and hopefully I can have a few less mistakes - I'm playing well enough to give it a run this week."

The four-time European Tour winner was making serene progress as he recovered from a bogey on the fourth with birdies on the fifth, ninth, 14th and 15th. Back-to-back bogeys followed on the 16th and 17th but a 33-foot eagle putt on the last put him back in the mix. 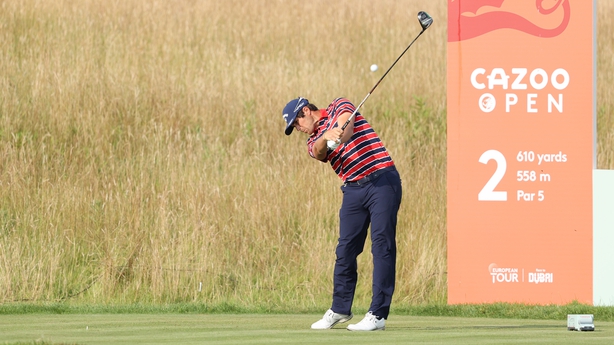 Elvira (above) started the day in a share of the lead and while he bogeyed the first, he recovered with six birdies, dropping just one further shot on the 17th in a 67 that moved the 34-year-old Spaniard to 11 under.

Remarkably, younger brother Manuel was also at 11-under playing at the Italian Challenge on the Challenge Tour, and at one point both siblings were leading their respective events on the same score.

"It's unbelievable," said the older brother, who has made just two of his last 11 cuts. "He's been playing great. It's awesome that we are both 11 under and leading, it's interesting - that must have never happened before."

Swede Vincent Norrman was playing just his third event as a professional but he carded a 69 to sit at nine-under, a shot clear of Japan's Masahiro Kawamura, whose 63 was the lowest round of the day by four shots.

Niall Kearney is the best of the Irish challengers - and the only one to make the cut - on one-over, after following up his level-par 71 with a 72.