Rory McIlroy insists he is not trying too hard to end his major drought and he considers his life to be "perfect" even if he has again failed to put himself in contention at the Open.

A second successive level-par 70 ensured the 2014 champion did not endure back-to-back missed cuts – having missed out on playing the weekend at his home Open at Royal Portrush in 2019.

But it left him well off the nine-under pace set by fellow morning starter Collin Morikawa and made his chances of winning a first major in seven years remote at best.

McIlroy accepts part of that was his own doing as he went straight at a risky flag at the front of the par-three 16th but found a bunker and then missed a short putt for another bogey at the next.

"I was really happy last night birdieing the last and finishing that round on a positive note, so to bogey the first two was not the ideal start," said the Northern Irishman.

"I battled back well and then just made a mental error on 16 – that pin tempted me into going for it – and made bogey there and a little missed putt on 17 out of nowhere."

Asked whether he was trying too hard, he added: "I’ve got four of them (majors).

"I’m the luckiest guy in the world, I get to do what I love for a living, I have a beautiful family, my life is absolutely perfect at the minute.

"I want for nothing so it’s not a case of trying too hard for sure. You want to play your best.

"The last couple of months it has felt close but it hasn’t been close enough. I’ve got to keep working at it.

"It’s fine. I go back two years and I was walking away after Friday in this tournament." 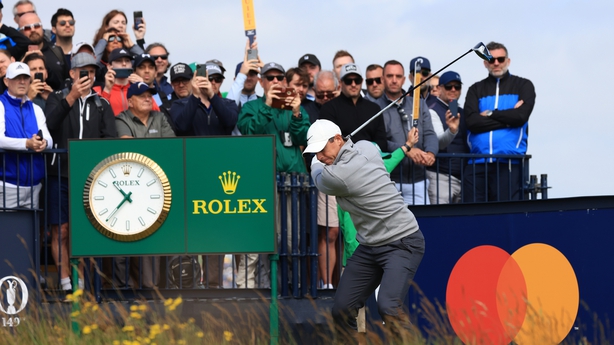 While he may have improved on his 2019 performance, McIlroy is far from satisfied having left himself the task of not dropping a shot down the last to keep inside the projected one-over cut line.

He admits the walk to the 18th tee was not the most comfortable for him, but he responded in perfect fashion, hitting his approach to the last green to 12 feet for a much-needed birdie to give him some breathing space.

"I felt a little nervous going to that 18th tee. I knew I needed a par at least – but probably a birdie – to be comfortable this afternoon," he said.

"It’s tough to say I’m glad to be here at the weekend but, the position I found myself in on the 18th tee, that’s the reality.

"It was nice to birdie the last and guarantee some weekend golf and I’ve just got to try to make the most of that.

"I’m not even looking at the board. I’m just trying to play a solid round of golf tomorrow and then pray for wind in the afternoon and see where that gets me."

Morikawa made light of his Open inexperience to storm up the leaderboard at Royal St George's – at 7,075 yards playing 114 yards short of its maximum distance – and thrust himself into contention for the Claret Jug.

He covered the front nine in 31, the highlight being a brilliant approach to 18 inches at the par-four ninth, to take him to seven under and ahead of Oosthuizen.

Three more birdies in four holes from the 11th, having avoided major damage after driving into the rough to still make birdie at the par-five 14th, moved him into double figures, but a bogey at the next killed the momentum and his charge towards history was over.

The last debutant to win on his Open debut was Ben Curtis in 2003, coincidentally also at Royal St George's.

He did that from 396th in the world. Morikawa, who also won the 2020 US PGA on his debut in that event, was ranked fourth coming into this week.

However, his form in Scotland, where he finished joint 71st with just one sub-70 round, gave no hint of what was to play out on Friday.

"Last week I wanted to win but I came out of it learning a lot more," Morikawa said. "The style of golf is different and last week helped tremendously."

Marcel Siem is also among the leaders after a second successive 67. The German reached a career-high of 48th in the world in 2013 and is a four-time winner on the European Tour, but lost his card in 2019, shortly after being penalised 10 shots in the French Open.

The 41-year-old incorrectly believed preferred lies were in play and lifted, cleaned and replaced his ball five times on the fairway in his first round before discovering his error and walking off at the turn.

Siem, who celebrated his birthday on Thursday, secured a place in the Open by winning a Challenge Tour event at the weekend, but considered not playing in order to focus on gaining his card via the second-tier circuit.

"I wasn't sure about where I’d be on the Challenge Tour rankings if I won in France," Siem said after a second consecutive 67. "I had to get the job done before making a decision about playing in The Open.

"Then I saw I was third on the rankings but I was still thinking 'Am I ready for the big stage?’ I want to get my card back first and foremost. I tried to stay calm.

"I heard that 10 per cent of the Open prize money goes towards the Challenge Tour rankings so then it was a no-brainer to come here. It’s the best event in the world. I’m glad I’m here now. I’ve made the right decision." 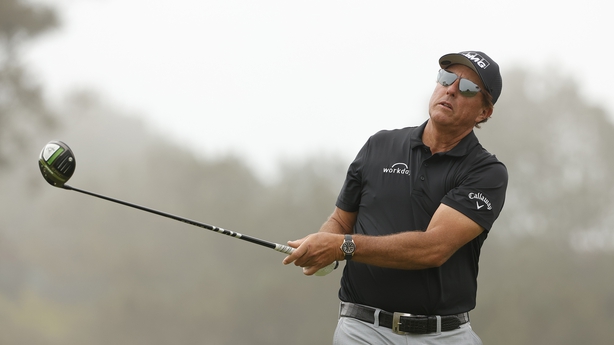 Two months after becoming the oldest winner in major championship history, Phil Mickelson blamed a lack of focus after a "terrible" display.

Mickelson took until the 11th hole of his second round to register his first birdie of the week, eventually adding a 72 to his opening 80 to finish 12 over.

"I haven't got it going since the PGA," said the 51-year-old, who won the Open at Muirfield in 2013 and claimed his sixth major title in the US PGA at Kiawah Island in May.

"I will definitely take some time off now. I have played a lot more than I usually do. I usually take two weeks off after the US Open but I played (the next) two weeks.

"I have to figure what to do to get back to the level of golf I know I can, like I did at Kiawah, to try and contend. That is what gets me excited and makes all the work worthwhile."

"I love this tournament. I have worked hard and prepared and felt like I was playing well but I played some of my worst golf. I felt I was ready but I obviously played terrible."