Shane Lowry began his year-delayed defence of the Open title with a one-over 71 at Royal St George's while Rory McIlroy finished a shot further ahead in the best round by an Irishman.

More than 700 days after he lifted the Claret Jug at Royal Portrush, Lowry recovered from a shaky start to get back to level par before dropping a shot on the 18th.

The resulting 71 left him seven shots behind playing partner Louis Oosthuizen after the 2010 champion carded a flawless 64 to set the early clubhouse target.

"I'd say I played pretty average," said Lowry, who was prevented from defending his title last year when the Open was cancelled due to the coronavirus pandemic.

"I didn't play my best golf but then again, you're playing with Louis who's shooting six under and playing great. It kind of makes you feel a little bit different.

"I'm disappointed to bogey the last. I think if I would have parred the last and shot level par I would have been quite happy with myself going home this afternoon, but I didn't.

"I got an unfortunate bounce and went into the bunker and made bogey. But I battled hard. I was quite proud of myself."

"Now there's your shot of the day"@ShaneLowryGolf is fighting hard after a tough start!

A bogey at 11 was met with an immediate response with arguably the shot of the day.

Stuck in dense, tangly rough on the 12th, with an awkward stance, he managed to land the ball just over the pot bunker in front of the green to within a couple of feet for a birdie.

Lowry was playing along side Jon Rahm and Louis Oosthuizen. The South African, who won at St Andrews in 2010 and lost a play-off at the same venue five years later, carded a flawless six-under-par 64 to enjoy a one-shot lead over Jordan Spieth and Brian Harman, with 2009 champion Stewart Cink part of a five-strong group on four under.

Four-time major winner Brooks Koepka returned a 69, while US Open champion and pre-tournament favourite Jon Rahm had to birdie the last to shoot 71, and US PGA winner Phil Mickelson slumped to an 80.

Starting late in the day, Rory McIlroy overcame a dismal stretch in the middle of his round to card an even par round of 70, birdieing the 18th to escape the black numbers.

McIlroy made a near flawless start to his round, stroking his iron approach to within 3ft and holing an easy birdie.

It was almost more of the same at the second but McIlroy failed to convert his birdie putt from the guts of 5ft and this was the beginning of the putting woes which blighted much of his round.

He bogeyed the 5th after landing his approach in the valley short of the green and failing to get up and down. Two more bogeys followed at 6 and 7 and McIlroy's bright start was a distant memory.

He rallied with a birdie at the 8th but a bogey at 11 set him back to two over par. From there, with the prospect of him receding from contention entirely, he rallied well to notch birdies at 14 and then 18 to get to even par.

Darren Clarke also sits on one-over par. The 2011 Open winner also began the day with a bogey, but a birdie at the par-5 seventh meant he was level par through the front nine. 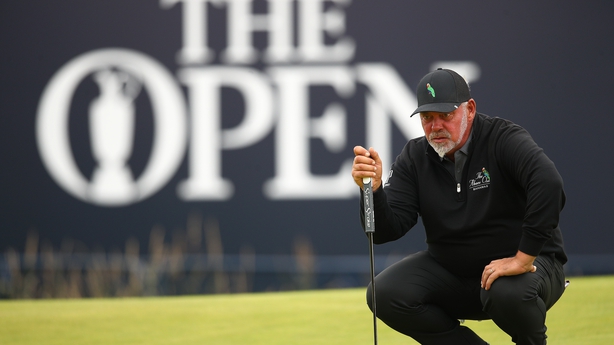 "It was a good solid start today," Clarke said. "I didn’t realise I’d only hit eight greens in regulation.

"Sometimes that’s a funny statistic whenever you’re on links because if you’re just off the fringe, which you’re going to be an awful lot in links golf, you’re going to use the putter, so my stats may have looked a lot better than they actually were."

Ryder Cup captain Padraig Harrington was a shot further back after a 72. Harrington made a horror start with a double bogey on the first and was out to +3 by the fourth hole.

He steadied the ship with birdies on the eight and ninth however, and hit back with another on 17 after dropping a shot at the 15th. However, a very short missed putt on the last pushed him back to two over par by the day's end. 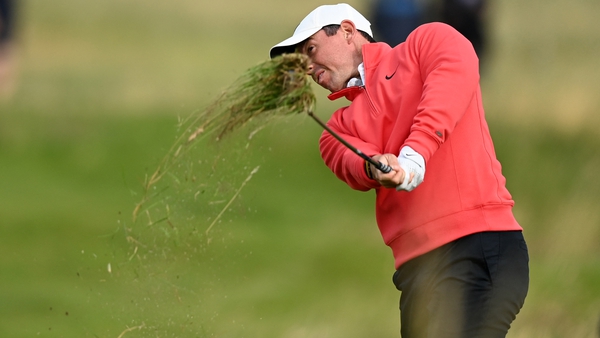 Rory McIlroy relieved after solid first round at Open