"Leona is a really good player, she kept me on my toes all day," said world number three-ranked Nelly Korda, after the American prevented Cavan native Maguire becoming the first Irish winner on the LPGA Tour last weekend.

Two shots was the difference in the end, while there were a massive 84 ranking places between the competing duo at the start of play at Sunday's Meijer LPGA Classic.

Maguire played her four rounds in a remarkable 23-under par, which resulted in a jump of 25 places up the world rankings ahead of this week’s KPMG Women's PGA Championship.

As a result, the Slieve Russell golfer sits 63rd in the world in what has been a rapid rise through the ranks on the world’s most prestigious tour in women’s golf.

Twelve months ago, Maguire was ranked outside the top 200, but has been on a trajectory to the top since securing her first top-five in the ISPS Handa Vic Open in February 2020.

Maguire’s meteoric rise has been no surprise to the golfing world, having dominated the amateur rankings while at Duke University, however, the 26-year-old has just posted back-to-back top tens on tour, and is now looking very comfortable among the premium players in the paid ranks.

The third major of the year – there are five in the women’s game – begins later today at the prestigious Atlanta Athletic Club, and Maguire’s form will make her one to watch as she tees it up against the world’s best.

The renowned Georgia track once hosted the men’s US Open and the PGA Championship on three occasions, the last of which was in 2011, when Keegan Bradley secured a play-off victory over Jason Duffner.

A rainy week in the Atlanta area has led to the course taking on a lot of water and is expected to play very long, while accuracy off the tee will also be of paramount importance with a plethora of fairway bunkers waiting to punish.

So one for the big hitters perhaps, and while that would not normally put Maguire’s name in the mix – her driving stats are right in the middle, 66th longest off the tee – however, her ability to find fairways combined with greens in regulation statistics would suggest that she certainly has the game to challenge at this venue.

Midway through the season and Sunday’s winner, Nelly Korda, was the first two-time winner on the Tour this year, which shows that it is a real level playing field heading into the third major.

Naturally, Korda is right up there as one of the favourites alongside fellow stars like her sister Jessica, Inbee Park, Jin Young Ko, Lydia Ko and the big-hitting Lexi Thompson.

But Maguire remains outside the group of favourites, which will allow her to fly under the radar in the early stages of the tournament, and she admitted that it will be a week where ball-striking is key.

"It’s a very different golf course this week," said Maguire, speaking to RTÉ Sport ahead of the major tournament.

"It will favour the longer hitters so I will have to rely on my wedges on the par fives a bit more, however, I’ll take that momentum and experience [from last weekend] into this week.

"There has been a lot of rain this week and it’s incredibly wet, so it’s playing really long. Absolutely no run on the ball.

"The nine wood will be getting a lot of use this week."

The weather is expected to improve in the Atlanta area and Maguire expects that the course will dry up and play more like a major course in and around the greens.

But while Maguire said that the course will suit those who find the fairways, she accepts that it will not be easy to score around this tough track.

"The ball sits up nicely on the fairways, and it’s bermuda [grass] around the greens so chipping will be key.

"I’d imagine the green will get firmer and faster so it’s going to be about really good ball-striking and taking your chances when you get them, maybe on the par fives.

"The par threes are very tough, long and tough. It’s a major, it’s going to be set up tough and it’s going to take four really good rounds of really solid golf this week."

Once again, the advantage of being able to hit the ball a long way is a major talking point considering the wet track, combined with the fact that it is already a long course for the women’s tour.

And while Maguire says that she has taken a controlled approach to adding yards, which worked well during the winter, she believes that the long hitters have more of an advantage in the men’s game as they can muscle the ball out of the rough.

"Fairways are key this week and there are a lot of fairway bunkers that you need to stay out of," said Maguire.

"I’m never going to be the longest on tour. We did it very controlled over the winter. I've got my swing speed up, got the distance up without losing the accuracy.

"Rough tends to be a bit more penal in the women’s game – the men have the strength to just whack it as far as they can, find it and hit it again - so accuracy is key."

Maguire’s fine form has been evident over the past few weeks and she revealed that linking up with new caddie, Dermot Byrne, the former bagman for Shane Lowry.

"Dermot has a lot of experience," said Maguire. "We see shots very similar, he got to know my game very quickly and he's pretty easy going. We’ve similar personalities and get along pretty well together

"It’s nice to have an Irish caddy on the bag as well."

Twin sister Lisa came through the college circuit at Duke alongside Leona, and while she is not currently pursuing a professional career on tour, she is also in Atlanta helping with preparations.

Leona admitted that it was great to have her sister around again and joked that some people have said her recent form is due to the fact that her identical twin is, in fact, the one playing the golf.

"Everyone is giving Lisa a lot of credit, saying she’s my good luck charm or maybe it’s Lisa playing.

"But it’s nice having her here. Australia 2020 was the last event she was at. It's an extra pair of hands to do things.

"I have a few less things to take care of when she is here and it’s another person to go to dinner with, it’s nice."

Maguire tees off later today at 13:49 (Irish time) alongside 2020 US Open champion Kim A-Lim and Moriya Jutanugarn, while Stephanie Meadow starts on the back nine at 17:43 (Irish time) with Katherine Kirk and Eun-Hee Ji.

Leona Maguire was speaking at the launch od the KPMG Performance Series ahead of this week's KPMG Women’s PGA Championship. 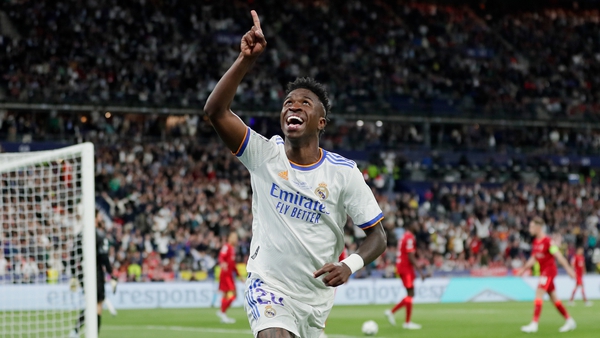 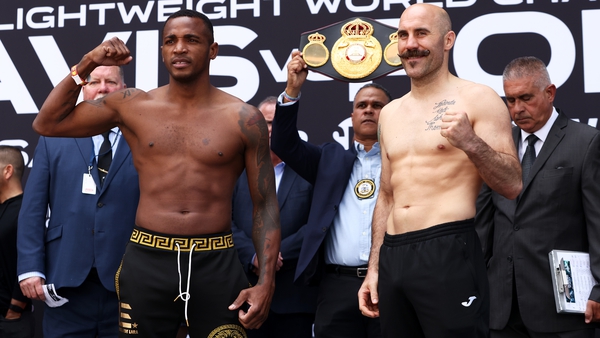