Leona Maguire has said that all the pressure will be on Nelly Korda as the American takes a three-shot lead into the final round of the Meijer LPGA Classic with the Cavan player joining her in the last group.

Korda carded a superb third-round 62 to move to 20-under-par with Maguire's round of 70 leaving her clear in second place on 17-under-par.

"Yeah, I mean, all the pressure is on Nelly. Everybody expects Nelly to win tomorrow," Maguire told reporters

"She's ranked whatever she is in the world, top five. Nobody expects me to do anything tomorrow. I've really got nothing to lose. I can just go out and play golf and see what happens."

Maguire is aiming to become the first Irish player to win an event on the LPGA or Ladies European Tour, and she didn’t do a whole pile wrong during the rain-delayed third round.

It’s a position the player isn’t familiar with, but she said that she didn’t expect to be too impacted by thoughts of being involved in the main group on the final day of the event.

"I think I'll sleep fine. Do some work on my putting now, maybe hit a few balls, get some good dinner tonight, and go back tomorrow and try and go low again."

.@leona_maguire is three strokes off the lead heading into the final round of the @MeijerLPGA ??

She fired a third round 70 as she searches for her first Tour win ?? pic.twitter.com/YcqHJE2qI5

Maguire opened up with six straight pars in Michigan before a bogey on the seventh saw her fall back to 14-under-par.

It would be the only blemish on her scorecard though with birdies at the eighth, 11 and 14th completing a decent day’s work for the 26-year-old.

World number four Korda produced a stunning round of golf that included 11 birdies in all. A bogey at the par-three 11th proved to be the only disappointing aspect of her day in what was her career-best total.

Sweden’s Madelene Sagstrom will also be in the final group as an impressive 65 saw her move to 16-under-par, one shot behind Maguire. 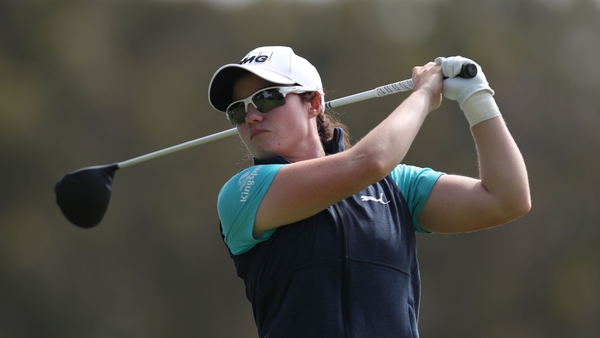