A second-round 69 means Paul Dunne will begin his third round at the British Masters at the Belfry just four shots adrift of the lead.

Robert MacIntyre justified his position as pre-tournament favourite by claiming a share of the halfway lead on seven-under along with Calum Hill and English veteran Richard Bland.

Five birdies for Dunne helped him to a round of three-under, while a 71 means Cormac Sharvin moves to level par.

Jonathan Caldwell also made it to the weekend's action, the Bangor native sneaking inside the cut on two-over par.

Niall Kearney (+6) and Colm Moriarty (+8) will play no further part in the tournament.

MacIntyre produced golf which would not have looked out of place on his beloved PlayStation as he birdied the first five holes of his second round on his way to a superb second round of 66.

"I was in free flow," MacIntyre said of his flying start, which only came to an end after a tee shot into the water on the sixth. "I hit a couple close but the putter was working. For me it felt beautiful.

"That could have been a crazy score. I still missed quite a few chances but that's golf. If I can shoot 66-66 at the weekend playing like that you would take that." 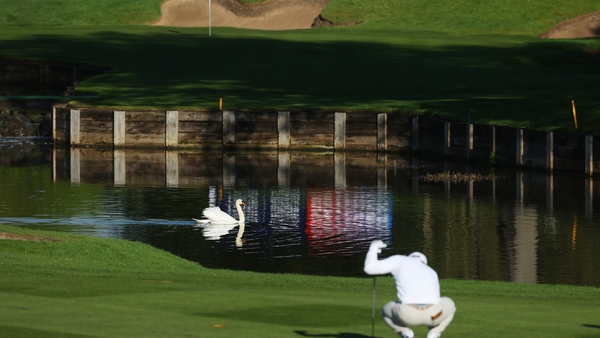 Dunne best of Irish at British Masters as Schwab leads