Graeme McDowell and Matt Wallace sit five shots of the lead following the second round of the Zurich Classic of New Orleans.

The pair began the team event four adrift, but a round of 70, including a hole in one for McDowell on the 17th, saw them finish the day on eight-under par.

🚨 ACE ALERT 🚨@Graeme_McDowell cards his first career ace on TOUR to get his team to 7-under. pic.twitter.com/CwQSeOo7lz

The second round was a best ball format, with the lowest 33 teams and ties then progressing through to the weekend. McDowell and Wallace were two shots within the cut.

Cameron Champ and Tony Finau signed for a 68 to leap two places for a share of the lead with Viktor Hovland and Kris Ventura.

The American pair picked up two shots on the front nine and three coming home, while a bogey on the par-four 12th was the only blot on their book.

Norwegians Hovland and Ventura followed their 62 with a 69 in the foursomes, a double bogey on the 16th more than countered by four birdies on their last nine holes of the day to sit on 13 under.

Teams will play alternate shot again for today's third round, with the fourball-style format returning for the final round. 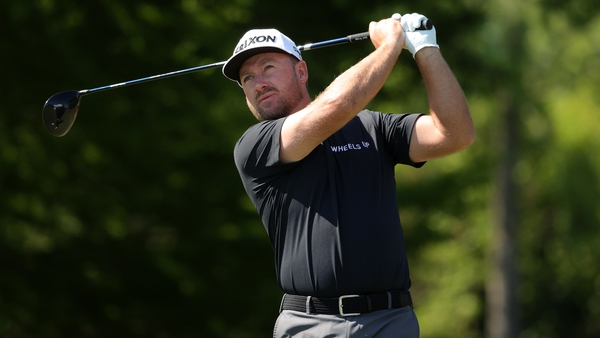