Leona Maguire and Stephanie Meadow both failed to make the cut at the Hugel-Air Premia LA Open where Jessica Korda holds a three-shot lead at the top of the standings.

The 26-year-old Maguire was hoping to continue her good form on the LPGA Tour hot on the heels from her career-best finish on the top tour, finishing joint second at last week's Lotte Championship in Hawaii.

An opening round 69 was an encouraging start, the Slieve Russell golfer found the going much tougher, failing to record a birdie, with a double bogey on the sixth to accompany three bogeys in a round of 76.

Maguire finished on three-over par, one shot outside the cut.

Meadow too will play no further part in the competition after also carding a second round 76 to finish on seven-over par. 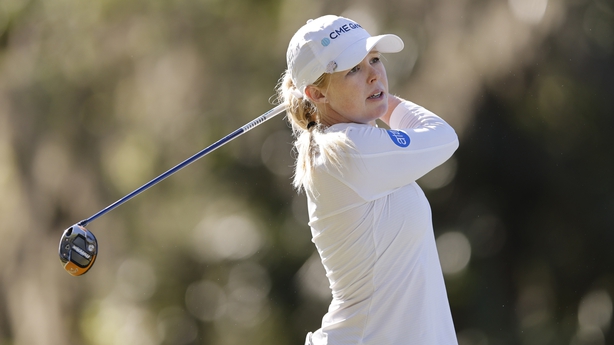 The 29-year-old was level par on the front nine, three birdies and three bogeys, but three bogeys and a double-bogey on the par-4 16th meant the Jordanstown native finished well down the standings.

Korda meanwhile had her game together again Thursday, shooting a bogey-free 65 one day after firing a 64 to hold the lead after two rounds.

Korda, with a 13-under 129 score at the tournament's halfway point, set a new 36-hole scoring record at the event held at Wilshire Country Club.

Despite her stellar start, the 28-year-old carries a mere three-stroke lead with two of the top three ranked players in the world close behind, a pair of South Koreans, world No. 1 Jin Young Ko (10-under after a 65 on Thursday) and No. 3 Sei Young Kim (nine-under after shooting a 66).

Canada's Brooke Henderson (65) and American Angela Stanford (66) are tied for fourth at eight-under. South Korea's So Yeon Ryu (67), Australian Hannah Green (67) and Tiffany Chan (70) of Hong Kong are in a three-way tie for sixth at seven-under, with four players tied for ninth at 6 under -- Ally Ewing (69), Austin Ernst (70), Dana Finkelstein (70).

Starting on the back nine, Korda sunk birdies on four of her first seven holes to take charge on a day that highlighted her consistency this season, as it marked her 19th round out of 22 that she has finished a round at even par or better.

"Well, it's going to sound crazy but I actually lipped out a good amount out there today, so it actually could have been lower," said Korda, who is seeking her seventh LPGA win. "Both are fine. I don't complain.

"I know I made a bogey yesterday, but I made up for it with some birdies. Just had a little bit of a harder time with some speed today. Other than that, it's just another good day." 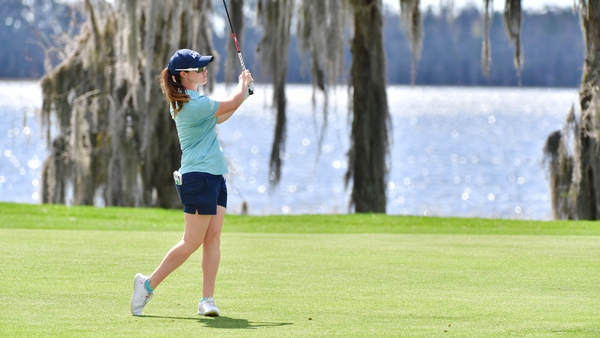