Former Masters champion Jordan Spieth has shaken the "monkey off his back" following a first win in almost four years but feels he must improve to reach the level which brought him three major titles.

A loss of form saw the former world number one slump to 92nd in the rankings as recently as February but since then he has recorded four straight top-15 finishes and a victory in the Valero Texas Open on Sunday, his first since the 2017 Open.

Phil Mickelson in 2006 was the last player to win on the PGA Tour and immediately follow up with a victory in the Masters, but Spieth's renaissance and superb record at Augusta National has made him joint-second favourite to claim a second green jacket behind defending champion Dustin Johnson.

The 27-year-old finished second on his Masters debut in 2014, won the title in 2015 and was runner-up the following year after squandering a five-shot lead with nine holes to play.

A relatively modest 11th place in 2017 was his worst finish in his first five appearances and in 2018 he led after 18 holes for the third time in four years before almost snatching the green jacket away from Patrick Reed with a closing 64.

Spieth admitted he was surprisingly unemotional following Sunday's victory, adding: "I thought that I'd have a lot of memories of the downs and the struggles and then the climb back, progress and momentum over the last few months - to have all that kind of hit me.

"I was happy that it didn't hit me that hard, that it felt more normal, that it felt like this is where I'm supposed to be, this is who I am. Sometimes you lose confidence and there's a little chink in the armour here and there and that's what I'd experienced.

"I wanted that monkey off my back of it being a while out of the winner's circle. It's about refocusing here and taking the next step. 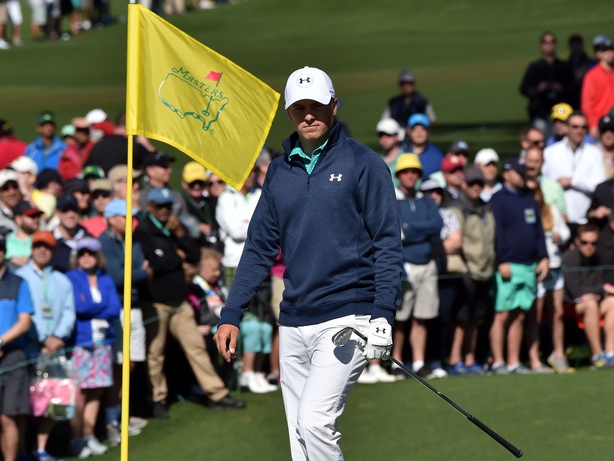 "It's actually been a lot easier for me over the last 12 hours to look forward versus looking back. That's exciting. I feel there's quite a few things that I need to improve on and get better.

The fairytale version of events would of course see Spieth complete his return to form with a second Masters title this week, although the American is taking nothing for granted.

"I certainly wouldn't mind that this week, if that's what you're asking," he said with a smile. "I also like to step back and think I'm 27 and a lot of people's careers get started at 27 in this sport. Phil (Mickelson) was 31 or something (33) when he won his first major.

"I like the progress that I'm making. I don't feel like I have the control of all facets of the game that I want to have yet, but I feel like I'm working in the right direction.

"Will that make a difference this week? Don't know. But I'm going to try to be just a little better than I was last week."