Less than a week after undergoing surgery for major injuries in a single-car crash, Tiger Woods has found something to aid in his recovery: The support of fellow PGA Tour players.

With so many players wearing Woods' trademark red and black colors on Sunday all throughout golf, it served as the moving get-well card that it was intended to be.

"It is hard to explain how touching today was when I turned on the tv and sawall the red shirts," Woods wrote in a post to Twitter on Sunday. "To every golfer and every fan, you are truly helping me get through this tough time."

Tony Finau, Rory McIlroy, Jason Day, Tommy Fleetwood, Justin Thomas and Patrick Reed were among the golfers wearing red shirts and black pants in the final round of the WGC Workday Championship at The Concession in Bradenton, Florida.

It is hard to explain how touching today was when I turned on the tv and saw all the red shirts. To every golfer and every fan, you are truly helping me get through this tough time.

Phil Mickelson wore the color combination during the final round of the Champions Tour event in Arizona. Annika Sorenstam, who is playing her first LPGA Tour tournament in 13 years at the Gainbridge LPGA in Orlando, also wore red and black.

The gesture extended to the Puerto Rico Championship, where the grounds crew wore Woods' colors.

Woods remains hospitalized in the Los Angeles area, recovering from surgery to treat multiple fractures on his right leg. The 45-year-old has 82 career PGA victories, including 15 majors. 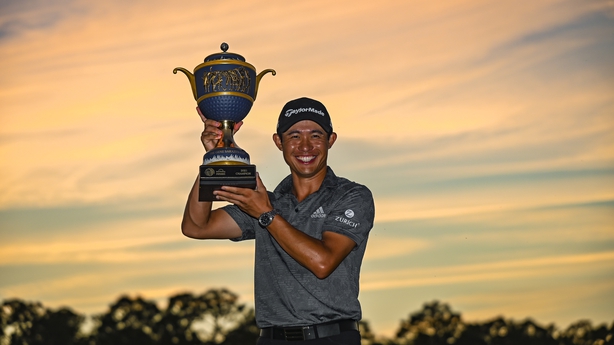 Collin Morikawa, who won this weekend's WGC event, was not wearing the colour scheme, but he tried. His clothing sponsor tried to overnight him a red shirt with his sponsor's logos but it did not arrive in time because of weather delays.

Instead, Morikawa used his post-round interview on live television to thank Woods for being an inspiration on the way to carving out a spot on the PGA Tour. He choked up as he spoke the words.

"Tiger means everything to me, and yes he had the crash, and thankfully he's all right and hopefully he has a quick and great recovery," Morikawa said on the NBC broadcast. "But I don't think we say 'thank you' enough. So, I'm going to say thank you to Tiger. Sometimes you lose people too early. Kobe (Bryant). I lost my grandpa about a month ago. ... So, thank you guys." 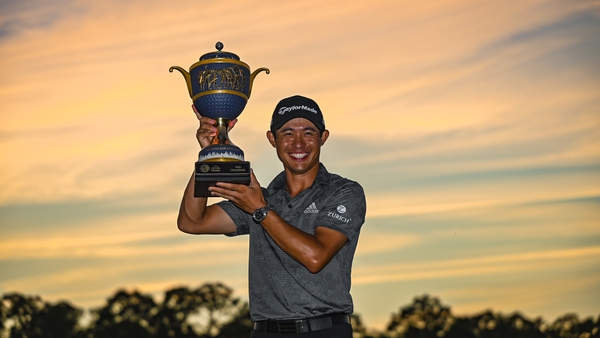 Tributes to Tiger as Morikawa wins in Florida