Padraig Harrington admits he "has nothing to lose" as he emerges from his Covid isolation on Thursday to step immediately back into the competitive arena at the opening round of the Genesis Open.

The Ryder Cup captain was forced to withdraw from AT&T Pebble Beach Pro-Am after testing positive for Covid-19, but his 10 days isolation ends on Thursday morning, just hours before he tees off at Riviera Country Club in Los Angeles.

Medically free to play, his primary concern is purely a golf one. The 49-year-old has begun practising his swing inside his hotel room with an impact bag, while exercises and stretching are helping focus the mind for a return to the course.

"I expect to play, and to be ready to play," he told RTÉ Sport's Greg Allen, though admitted that fatigue could come into play later in the week.

"I may not get a negative result to be able to travel back to Ireland, so I might as well play golf, even if I’m not 100% prepared."

"There are complications to not having played in 10 days, but the last time I played without a practice round was the Open in 2008, and that worked out kind of well for me," reminding of his second major success at Royal Birkdale.

"Whatever happens on Thursday, happens. I know the golf course very well. It’s very straight forward and in front of you, so very playable. If it was a new golf course, I certainly wouldn’t be doing it."

One of the most prestigious events of the calendar year, the players involved mean it could prove to be one of strongest fields of the year outside the majors.

A tree-lined track can prove challenging off the tee, while the spongy Kikuyu rough awaits any wayward shots. It is because of Riviera's challenging terrain that Harrington takes some form of comfort in his lack of practice.

"A course like Riveira, if you broke 70 four times, you’d probably be in contention at the end of the week. It’s a tournament you can come into a little slow and still manage to stay the pace for four days.

"The only issue with playing is a golf issue

"If you gave me a 220-yard shot with a five iron, you are not going to forget how to hit that. You either hit it good or bad. It’s fine. If you were to ask me on Thursday afternoon to hit a 77-yard pitch to a back pin with three yards behind, I don’t know if I’d be able to hit that shot." 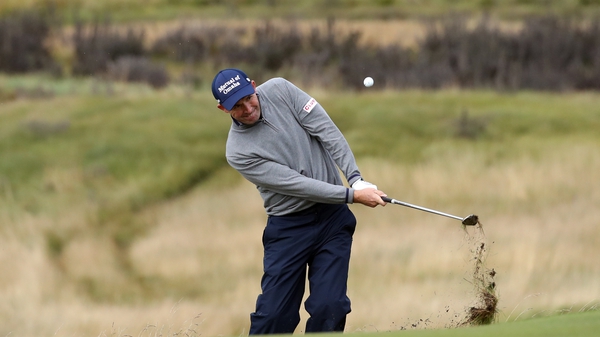