Rory McIlroy needs to stick to his own game according to former professional Gary Murphy.

McIlroy led after the first and third rounds at the HSBC Championship in Abu Dhabi, but ultimately had to settle for third place as Tyrrell Hatton stormed to victory earlier today.

He went around the course bogey-free on Thursday, but hit nine bogeys, as well as a double, during the other three rounds as he finished up five strokes behind the Englishman.

Speaking on RTÉ's Sunday Sport, Murphy said that McIlroy is struggling to bring his best form onto the course at the moment.

"You could see he was a little sloppy," Murphy began. "It's a lot (of bogeys) for someone of his ability.

"It's the first week of the season. It will be disappointing, but it's how he adapts to that disappointment and what he learns from it that is most important.

"He seemed to keep on making the same sloppy mistakes. I personally think he tries to shape his short irons too much.

"His golf swing is phenomenal. If he could just let it happen a bit more I think that would be something for him to move forward with."

The County Down golfer now has four second-place finishes, four thirds and a fifth in his last 10 starts in Abu Dhabi, with his last triumph anywhere coming at the 2019 WGC-HSBC Champions event 14 months ago.

Murphy believes that McIlroy is lacking in confidence as he isn't playing to his own strengths.

"The hardest thing when you're under pressure like that is to allow your ability to come out, and not try to fight it.

"At times he's trying to play the perfect shot. You saw what happened today with Hatton - he kept doing what he does. He didn't try to play anyone else's game.

"I think at times Rory is so good and there's almost a boredom factor. With that (idea), 'If I just keep doing the same thing, well that's a bit too easy for me.' I think that's his biggest challenge.

"Physically, there's no one better on a range on this planet than Rory and the challenge for him playing is to try keep doing it.

"Golf is a sport where you lose all the time - if you can win once or twice it's a great season. I think the expectation on McIlroy is a little unfair at times." 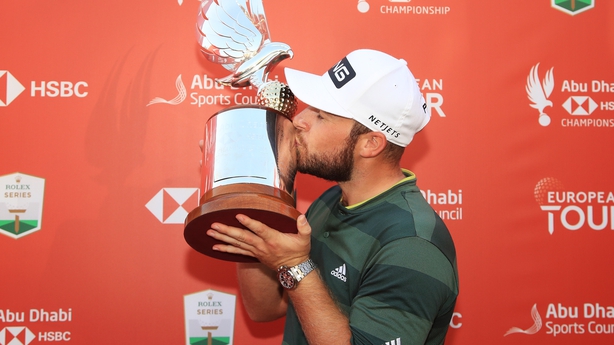 Hatton's victory marked his second in his last eight starts between the European and PGA Tours, after claiming the BMW Championship at Wentworth back in October.

The victory could take the 29-year-old past McIlroy and into the top five when the new world rankings are released tomorrow.

For Murphy, Hatton is showing an ability to step up to the mark when he needs to.

"Hatton doesn't have a huge x-factor to his game, but he does the simple things so well," he argued.

"He has ultimate faith in the kind of shots he needs to hit at the right time. I don't think the commentary today gave him enough credit.

"He's going up against McIlroy, shoots the lowest round of the day, in the final group, on a difficult golf course. It's a long course and I don't think they've ever had four days with a testing breeze.

"To still shoot the score he did and to get his fourth Rolex Series win is huge for him."