American Patrick Reed carded a disappointing third-round 71 to drop into a share of the lead with Laurie Canter and Matthew Fitzpatrick at the European Tour's season-ending DP World Tour Championship.

The third round started without Graeme McDowell, who withdrew from the tournament on Friday because of a back injury.

Overnight leader Reed finished on 11-under for the tournament in Dubai after rolling in birdies on the 15th and 18th holes after two bogeys.

Canter made five birdies in a round of 68 while fellow Englishman Fitzpatrick fired a 69 on the back of four birdies to join him at the top at Jumeirah Golf Estates.

Former world number one Lee Westwood was in a group of four players a stroke behind in tied-fourth and as many as 14 players were within five shots of the lead, leaving Reed with a daunting task to be crowned European number one.

"I'm trying not to really think about that," Reed said. "If it happens, it would be unbelievable. It was always a goal to win golf tournaments but to win this one and also to win The Race to Dubai and be the first American would be amazing.

"We still have a full 18 holes left and you can't really sit back there and think as much about that as just stay in the present and try to play some good golf."

Fitzpatrick was happy with a steady performance.

"I limited the mistakes... didn't necessarily give myself too many chances, but the most important thing was I kept myself in touch with the guys at the top and nice birdie on the last to finish," he said. 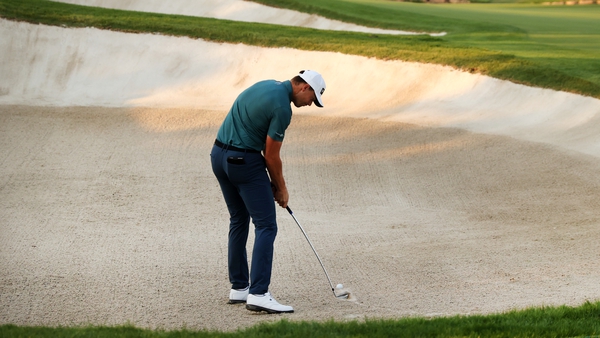