Frenchman Antoine Rozner claimed his maiden European Tour title in his rookie season by winning the Golf in Dubai Championship by two shots at the Jumeirah Golf Estates on Saturday.

The 27-year-old fired seven birdies and a landed a superb eagle on the par-five 13th hole to go ahead, before signing off with a 64 for a tournament total of 263 at the Fire Course.

Englishman Andy Sullivan, who led after the first three rounds, was ahead at the turn but only made one birdie on the back nine to finish tied-second with Frenchamn Mike Lorenzo-Vera, Italy's Francesco Laporta and compatriot Matt Wallace.

Ireland's Niall Kearney slipped to a tie for 30th with a one-under 71 - an eagle and one birdie were countered by two bogeys, seeing the Tour rookie slip nine places in the final round.

"It means a lot," Rozner, who began the final day four shots adrift of Sullivan, said of his maiden Tour win after 24 events.

"It's such a strange year and we've been through so much throughout the world. To be able to get it done today in such a nice fashion... we knew we had to take it super deep if we wanted to win... it's amazing.

"The first time I saw I was in the lead was on the 18th green. I didn't really look at the leaderboards... that's a good thing.. in the end it really paid off."

Rozner said he was excited to compete in next week's DP World Tour Championship on the Earth Course at the same venue.

"I knew my game was there, I just didn't know it was that good," he said. "It's a good way to finish the season and to be able to play such a big tournament is a big thing for me." 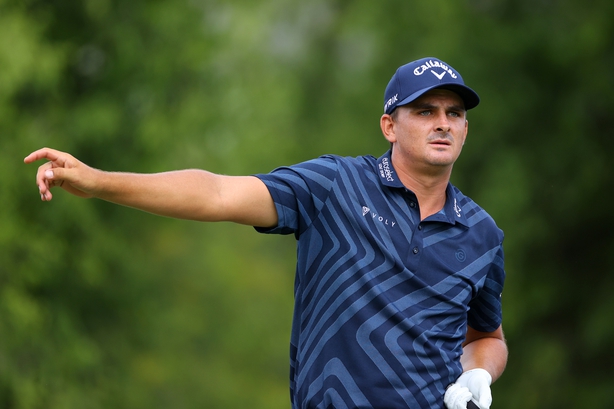 Local favourite Christiaan Bezuidenhout [above] is on course for back-to-back wins on the European Tour after carding a steady 67 at the South African Open on Saturday to take a healthy five-shot lead into the final round.

Bezuidenhout, 26, won the Alfred Dunhill Championship last week by four shots with a 14-under-par total and heads into Sunday's final round at the Gary Player Country Club having dropped only two shots in his first 54 holes.

He held his nerve brilliantly at Leopard Creek to record that triumph as his challengers battled in the windy conditions, and showed again on Saturday his accuracy in hitting the greens and his consistency with the putter.

Compatriot Dylan Frittelli (70) and Welshman Jamie Donaldson are his closest rivals on 10-under par.

Donaldson followed up Friday's sensational 63 with a disappointing third round score of 72 to slip five shots off the lead having not won a European Tour event in six years.