Jon Rahm warned up for Thursday's opening round of the Masters with a remarkable hole in one on Tuesday.

Forty years after Seve Ballesteros claimed Spain's first Masters victory, world number two Rahm has aired his desire to add his name to the list of his high-achieving countrymen and clinch his first Major title at Augusta this week.

And his week got off to a good start during a practice round when he skipped his tee shot on the 16th across water, on to the green and - remarkably - into the hole.

He'll hope it's a good omen.

His second in two days, Jon Rahm skips his way to a hole-in-one at No. 16 - on his birthday, no less. #themasters pic.twitter.com/rtefAN5XtH

Rahm has enjoyed a blockbuster 2020, claiming the Memorial title in July, and a brief stint at the top of the world rankings, before clinching the BMW Championship with a thrilling play-off victory in August.

He told reporters he wanted to bring home a sixth green jacket for Spain, particularly after 2017 Masters winner and compatriot Sergio Garcia was forced to drop out this week after testing positive for Covid-19.

"There's such (a) Spanish history of champions here, with three great champions (including Jose Maria Olazabal) and three idols of mine, that I would love to be able to add my name to that list," said Rahm, who finished tied for ninth in 2019.

"Especially this year, being a little bit sad that Sergio is not going to be able to be part of this. My heart goes out to him." 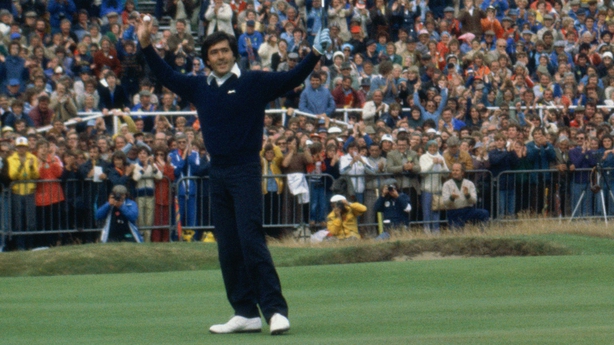 Rahm, who turned 26 on Tuesday, was not even born when Ballesteros won the Masters in 1980 and 1983, but cited his countryman's triumph as captain of Team Europe in the 1997 Ryder Cup at Sotogrande, Spain, as a massive influence.

"I owe everything to that week. I'm here because of that week," Rahm said. "I try to always make my part and hopefully still grow the game in Spain and around the world."

In his fourth Masters, Rahm hopes to harness his experience at the tournament to topple rivals including world number one Dustin Johnson and four-time Major winner Rory McIlroy.

"You don't need to play perfect golf to win at Augusta National. You just need to stay true to yourself and just play the best you can with what you have at the moment," said Rahm.

"I've erred about being too aggressive in the past, and I've made birdies, but I've also made some big numbers."