All eyes will be on Shane Lowry and the rest of the Irish contingent as the 2020 Dubai Duty Free Irish Open finally kicks off at Galgorm Castle on Thursday morning.

The event, originally set for May at Kilkenny's Mount Julliet, has now been squeezed into the schedule as a result of the Covid crisis, which caused the cancellation of the original dates.

Shane Lowry, of course, has travelled straight from last week’s US Open in New York to be back on home soil to take part in the event that he won as an amateur in 2009.

And the Offaly man is the star attraction at this week’s lower profile event as The Open champion is the only player from inside the world top 50 to feature.

Lowry comes into the tournament with what looks like mixed form, having shot +15 at Winged Foot, however, the Clara man is quite happy with his game, and that inflated score was the norm not the exception at the gruelling US Open track.

Two fine rounds were cancelled out by an opening round 76 and a 77 on day three of the major tournament, while Lowry played the final 15 holes of the event in one under par, which backs up his beliefs as to where his game is at at the moment. 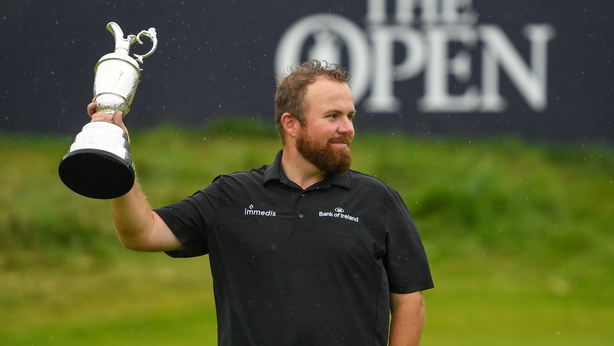 Lowry also showed fine form in August as he posted four rounds in the 60s en route to a share of sixth place at the prestigious WGC – FedEx St Jude Invitational, which earned him more than €225,000.

Of course, Galgorm Castle is no Winged Foot and while the course should prove a lot easier for Lowry to negotiate, it will present its own set of challenges for a man who plays virtually all his golf in the USA these days.

Set in the heart of the 220-acre historic Galgorm Castle estage, the Simon Gidman-designed course opened in 1997.

A parkland course with plenty of water to negotiate as it is bordered by the rivers Maine and Braid, while a magnificent oxbow lake sits adjacent to the 14th hole.

Normally, the Irish Open becomes part of a European swing for the US-based players and summer conditions are quite similar from week to week.

A late September start for the Irish Open may see ball distance and flight really vary to how Lowry has been seeing the ball in recent months, while the greens at the County Antrim course should prove a lot slower than the PGA standard and it will take time to find the pace.

Other than Lowry, and with no Jon Rahm - winner in 2019 and 2017, the highest profile players in the field include South African George Coetzee, former Ryder Cup players Nicolas Colsaerts, Edoardo Molinari, David Howell and Stephen Gallacher, as well as Tour winners Lucas Bjerregaard, Joost Luiten, and Oliver Fisher, who became the first man to shoot 59 on the European Tour.

Lucas Herbert from Australia is having a fine season and is just back from the US Open, finishing in a tie for 31st. The Australian currently sits inside the top ten in the Race to Dubai. Compatriot Jason Scrivener is also in good form with two top tens in his last three outtings.

Wilco Nienaber is a real prospect from South Africa and the 19-year-old is hotly tipped to make an impression this week, while Garrick Higgo is coming in full of confidence having won in Portugal last week.

Young Scottish golfer Conor Syme is another Tour hopeful showing real form this summer, and is just back from the US Open, where he made it through to the weekend.

Prior to his trip Stateside, Syme, who is represented by Irish popstar Niall Horan's Modest! Golf agency, secured three consecutive top ten finishes, including a third place at the Celtic Classic in Wales last month.

For former champions, look no further than three-time major winner, Padraig Harrington, who won the event at Adare Manor back in 2007, while former US Open winner and 2003 Irish Open champion Michael Campbell is also teeing it up at Galgorm.

Campbell also won the European Open at the K Club back in 2002, however, the 51-year-old New Zealander has not shown too much form this summer, missing four cuts in his last five Tour events.

Denmark’s Soren Kjeldsen won the Irish Open as recently as 2015 at a windswept Royal County Down, however, his summer form has not seen him challenge despite consistently making cuts.

For potential winners this week, there exists a list of eight who have all done it on the Galgorm track in recent years.

The Northern Irish Open has become a high-profile event on the Challenge Tour and has taken place at Galgorm Castle every year, which allows those players to get really familiar with a course in an era where yearly events tend to get moved from venue to venue.

All eight winners from the last eight Northern Ireland Open are back in Galgorm this week with New Zealand’s Ryan Fox, who won here in 2016 and Sweden’s Joakim Lagergren, the 2014 winner, the two with the highest profile, having gone on to win on the European Tour. Fox also finished runner-up at the 2018 Irish Open, losing out on a play-off at Ballyliffin in Donegal to Russell Knox.

The most intriguing of all eight is 2020 champion Tyler Koivisto, who secured the title last month, coming out of nowhere to take the victory.

American Koivisto, a schoolteacher by trade, picked up €32,000 for the win at Galgorm, having previously taken a break from golf to concentrate on his career in education.

"A lot of golfers believe that they play the best when they have the least expectations," said Koivisto, who was on the reserve list going into the August event, having come over to Europe to play at the Challenge Tour Q-School.

"It takes a week to change your life in this game, and that is what happened," he added. "It was the best golfing week of my life."

A total of 11 Irish golfers are in the field this week and outside of Lowry, who not surprisingly, is the tournament favourite, Jonathan Caldwell and Cormac Sharvin are perhaps the two in the field who have shown the best form in recent months.

Paul Dunne and Gavin Moynihan could both do with a good week to get their Tour career back on track, while Damian McGrane and Colm Moriarty, who are both home based, can certainly relax going into what is effectively a free-hit this week.

Three Irish amateurs, James Sugrue, Tom McKibbin and Mark Power, are in the field and all will dream of recreating the scene on 18 from Baltray in 2009 as young Lowry hoisted the trophy.

Robert Rock was edged out that year by the Offaly youth in a play-off at the County Louth track. The English man with the magnificent hair is back in the field this week, and with two runners-up finishes to his name, maybe he could be an outside shot to go one better this time around. 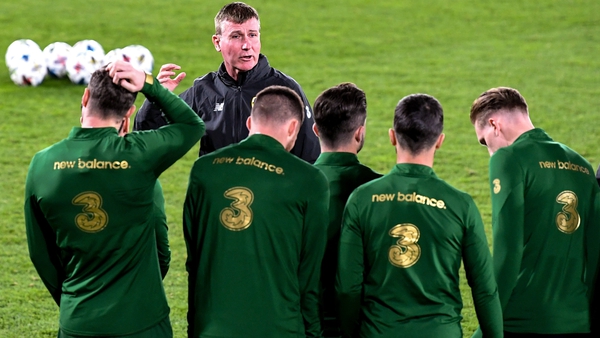 Kenny can close Covid-19 window and look to future