Rory McIlroy admitted he struggles to understand how Bryson DeChambeau's power game had translated into a commanding victory in the 120th US Open.

DeChambeau was the only player to break par on the final day at Winged Foot, a closing 67 giving him a six-shot victory over 54-hole leader Matthew Wolff.

The 27-year-old hit just 23 out of 56 fairways in regulation during the week, the fewest of any US Open champion since 1981 by four shots.

Asked if he thought those figures would be enough to succeed at a US Open venue, McIlroy said: "No chance. No chance.

"I don’t really know what to say because that’s just the complete opposite of what you think a US Open champion does.

"Look, he’s found a way to do it. Whether that’s good or bad for the game, I don’t know, but it’s just… it’s not the way I saw this golf course being played or this tournament being played.

"It’s kind of hard to really wrap my head around it." 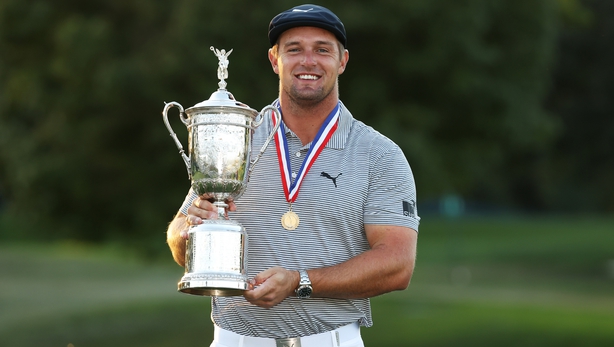 DeChambeau piled on 20lbs of muscle in order to become one of the game's biggest hitters, calculating that a lack of accuracy could be countered by being closer to the green.

"I thought I can see it for week-in and week-out PGA Tour set-ups that are a little more benign," McIlroy added after a disappointing final round of 75 left him in a tie for eighth.

"I played with him at Colonial the first week back out, but I sort of said, okay, wait until he gets to a proper golf course, he’ll have to rein it back in.

"This is as proper as they come, and look what’s happened. Yeah, he’s got full belief in what he’s doing, and it’s pretty impressive."