A decade after controversially being denied a play-off place in the US PGA Championship, Dustin Johnson has his sights on a redemptive victory and second major title in San Francisco.

Johnson fired eight birdies in a third round of five-under 65 at Harding Park to finish the day at nine under par, holding a one-shot lead over fellow Americans Cameron Champ and Scottie Scheffler.

Defending champion Brooks Koepka, who is seeking a historic third straight victory in the event, is two shots off the pace alongside Collin Morikawa and England's Paul Casey, with English players Justin Rose and Tommy Fleetwood part of a six-strong group on six under, which also includes Bryson DeChambeau, Tony Finau, Daniel Berger and Jason Day.

The top 17 names on the leaderboard are separated by just four shots in what promises to be a thrilling conclusion to the first major championship in 13 months. 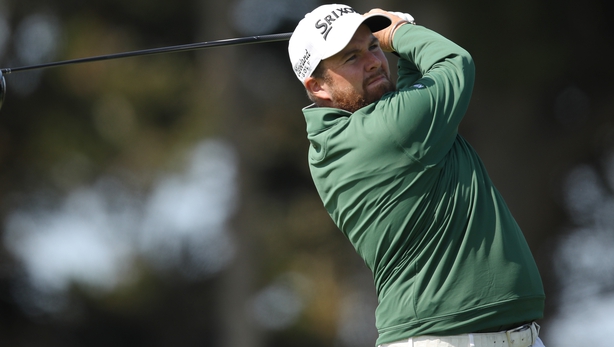 Open champion Shane Lowry shot 69 to lie eight shots off the lead, with Rory McIlroy a shot further back following a 71.

The Open champion, who began with a 68 before falling back to even par on Friday with a disappointing 72, at one point during which he snapped his club in half, reached the turn at one over par for his round. Birdies at the second, fourth and seventh were set alongside bogeys at the fifth and ninth, as well as that double bogey.

The Clara golfer had a much smoother back nine, rolling in birdies at the 10th, 15th and 18th.

McIlroy's round concluded on a particularly sour note, with two closing bogeys.

The four-time major winner made modest progress on the front nine and was on three under par for the tournament standing on the 13th tee, having registered birdies on the fifth, eighth and 10th. However, an ugly finishing stretch saw him make four bogeys on the final six holes.

"I've been in contention a lot and I’ve got it done a lot of times," said Johnson, who finished second behind Koepka last year.

"Tomorrow, it’s no different. I’m going to have to play good golf if I want to win.

"It’s simple. I’ve got to hit a lot of fairways and a lot of greens. If I can do that I’m going to have a good chance coming down the stretch on the back nine.

"Just take what the golf course gives me and just keep on going because it doesn’t really matter what other guys are doing. All I can control is myself."

Two months later, Johnson held a one-shot lead with one to play in the 2010 US PGA at Whistling Straits, but bogeyed the final hole and was then assessed a two-shot penalty for grounding his club in a bunker on the 72nd hole.

Johnson admitted grounding his club, but said he did not know that the sandy waste area from which he played his second shot was deemed to be a bunker.

In 2015, the US Open slipped out of Johnson’s grasp once more when he three-putted from 12 feet on the 72nd hole to finish a shot behind Jordan Spieth, but he finally broke his major duck in the same tournament the following year at Oakmont, despite a penalty for causing his ball to move on the fifth green in the final round.

Koepka’s hopes of victory were fading fast when he followed a brilliant birdie on the 12th with three straight bogeys, but the four-time major winner rallied to birdie two of his last three holes.

Casey, who holed out from a bunker on the eighth on his way to a controlled 68, is seeking to break his major duck at the age of 43.

"I’ve been on Tour for a long time and I obviously would desperately love to add a major to the CV and I’ve had my chances, but I feel incredibly relaxed," Casey said.

"I have nothing to prove, there’s a great leaderboard that I’m part of with major champions and almost rookies so to speak with the young guys, and we’ve still got an awful lot of golf to play."

Halfway leader Li Haotong was unlucky to lose a ball in a tree on the 13th hole on his way to a 73 that left him four off the lead, while Ian Poulter and Jon Rahm are six behind Johnson following rounds of 66 and 68 respectively.

Tiger Woods finished his round with a flourish but was unable to rescue his chances of claiming a fifth US PGA title as he slipped to two over par.

Woods had characteristically not given up hope of adding to his tally of 15 majors at Harding Park, where he won the WGC-American Express Championship in 2005 and compiled a perfect 5-0 record in the 2009 Presidents Cup.

However, the 44-year-old could only card a third round of 72 – made more respectable by birdies on the 16th and 18th – after he had threatened to compile his first round without a birdie in a major since an opening 74 in the 2010 US Open.