Spain's Jon Rahm won the Memorial golf tournament in Dublin, Ohio on Monday, dethroning Rory McIlroy as world number one in the process.

Despite shooting a three-over 75 on Sunday, the 25-year-old did just enough to hang on and finish three shots ahead of American Ryan Palmer.

Rahm had a four-stroke lead heading into the final round, and it appeared through the front nine that he was cruising to his fourth PGA Tour victory.

However, a bogey on the 10th signalled a change of momentum, and Rahm suffered a double bogey on the 11th before losing another stroke on the 14th.

The biggest moment of the day came on the par-three 16th, when an up-and-down birdie was overturned when PGA Tour officials reviewed the chip and deemed the ball slightly moved when Rahm placed his wedge behind it.

What a bonkers back 9 that was. Am trying to work out if Jack set up Muirfield Village to showcase how cutting edge agronomy can change a pet lamb into an angry (non-golden) bear in a few days or whether he's making a point about the only way to counter unchecked ball technology.

Despite receiving a two-stroke penalty, with challengers failing to take advantage of his stumbles, back-to-back pars on the final two holes ensured Rahm stayed clear of Palmer at the top of the leaderboard.

"I stay on competition mode for a little longer than I would like sometimes, and I process things so much later. I'll probably wake up tomorrow morning and still not have it processed," Rahm told reporters.

"I'm incredibly proud to sit here and be the Memorial tournament champion, win an event on the PGA Tour four years in a row, number one in the world.

"There's a lot of accomplishments today that are hard to believe I've done so early in my career."

The best performer of the day was England's Matthew Fitzpatrick, whose four-under 68 secured third place.

Fellow Briton Matt Wallace finished close behind in fourth place after shooting an even 72.

Meanwhile McIlroy, who was well off the pace headed into Sunday's final round, saved his worst for last.

The Co Down man picked up five bogeys and a double bogey as he ended the day six-over par and finished the tournament tied for 32nd.

He had been at the top of the world golf rankings since 9 February, however, he is yet to record a top 10 finish following the resumption of the tour.

Rahm joined Seve Ballesteros as the only Spaniard to reach the number one spot. 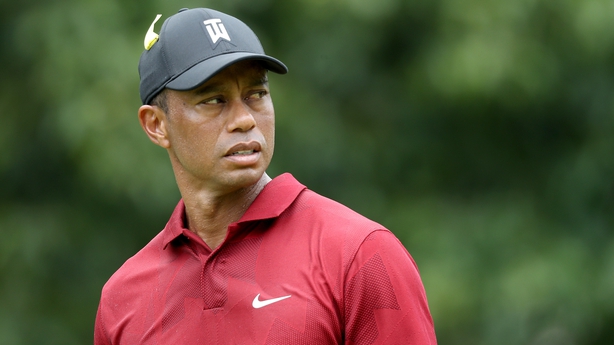 Meanwhile Tiger Woods' first PGA Tour event in five months ended with a grinding final round four-over 76, but the 15-times Major winner said he was leaving Muirfield focused on the positives.

Woods, who last competed on the PGA Tour in mid-February at the Genesis Invitational where he finished last among players who made the cut, showed a bit of promise but plenty of rust on a layout where he had won five times.

The Memorial offered up a mixed bag for Woods as he returned two promising rounds of one-under 71 but then offset those with two far less impressive 76s.

Woods finished well down the leaderboard on six-over 294 but shrugged off the score as a result of diabolical conditions in Dublin, Ohio combining with some shabby putting and a lack of competitive rounds.

"As far as my swing, it felt good," said Woods, summing up his performance. "I was able to hit good shots.

"Friday was a bit off physically, but overall for my first week back it was a lot... of positives."

Asked what his tournament schedule is going to be and when he will be back out on the course Woods had a one word answer. "Soon," he said.