Jon Rahm used a sizzling finish on a steamy hot afternoon at the Memorial Tournament to power four shots clear at the top of the leaderboard at Muirfield Village on Saturday, setting himself up for a run at the number one world ranking.

Chasing a fourth career PGA Tour win, the big-hitting Spaniard got his day off to a quiet start by mixing a birdie and a bogey on his outward nine but he caught fire after the turn to card four straight birdies from the 13th for a four-under 68.

It was the third consecutive round in the 60s for the world number two, putting him at 12-under for the tournament and four shots ahead of Americans Tony Finau and Ryan Palmer, who had shared the overnight lead.

Finau had a much more adventurous back nine, mixing a pair of double-bogeys and a bogey with three birdies for a one-over 73, while Palmer also suffered a late stumble with bogeys at 16 and 18 for his 73.

Rahm and American Brendon Todd (68) were the only golfers to dip under 70 on a day of gusting winds that produced lightning fast greens and challenging scoring conditions. If Rahm can hold on for the win on Sunday he would replace Northern Irishman Rory McIlroy at the top of the world rankings. 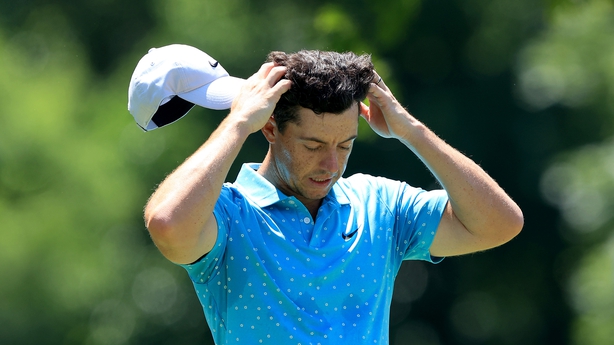 "It's extremely important. It's obviously a big deal," said Rahm, who would join Seve Ballesteros as the only Spaniards to reach number one. "I can't sit here and... try to diminish it and avoid it because it would just be lying to myself because it is a big deal. But it is a consequence of me winning tomorrow.

"What's important to me tomorrow is hit good shots, be committed and get the job done."

With a four-shot cushion, Rahm will start Sunday in a commanding position but conditions for the final round are expected to be tougher than on Saturday which will make it even more difficult for someone to mount a charge.

Danny Willett, the 2016 Masters champion, had a 70 to sit alone in fourth, six off the lead, with Australia's Jason Day (72) and Sweden's Henrik Norlander (71) another stroke adrift at five-under.

McIlroy had an even par 72 for the second consecutive day to stand at two-under, a massive 10 strokes behind the leader.