Kyle Stanley leads the Puerto Rico Open by two shots after the opening round at Coco Beach Golf Course.

The 32-year-old American, looking for his third PGA Tour title, recorded a flawless back nine which included four birdies before making five further gains on the front nine and adding a bogey on the eighth hole for an eight-under-par 64. 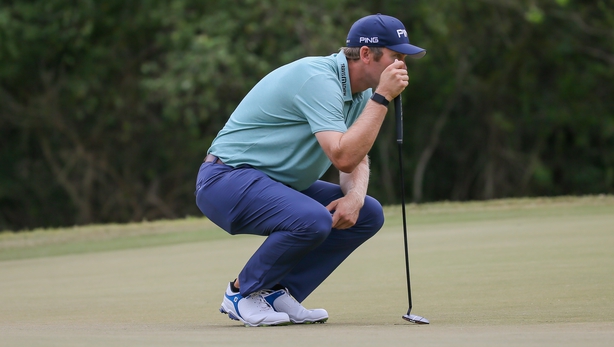 Seamus Power is the only Irish player involved, but he's down the field after a frustrating front-nine. The Waterford man was four over par at the turn, but birdies at 1, 3, 6 and 8, as well as another bogey at 4, saw him finish on one over par.

But two bogeys on the way home, as well as a double-bogey on the 16th, have left him under pressure to make the weekend.

Scotland's Martin Laird sits a shot further back following a round of 67 that included six birdies and one bogey after finishing with the same score as 2013 winner Scott Brown and four others.

Defending champion Martin Trainer, who claimed his maiden PGA Tour title by three shots last year, struggled on the 16th with a double bogey in a round of 74 that also included five birdies and five bogeys to sit 10 strokes off the pace on two under.