Stephanie Meadow wrapped up a very solid showing at the Women's Australian Open with a final-round one-over 74 that left her tied 13th overall.

It was the Antrim golfer's worst day of the tournament, a topsy-turvy round that saw her six birdies offset by seven bogeys.

Meadow had gone on a four-hole birdie streak from the second to the fifth holes before she started to wobble, but the 28-year-old's final tally of six-under was a highly respectable showing in such a competitive field. 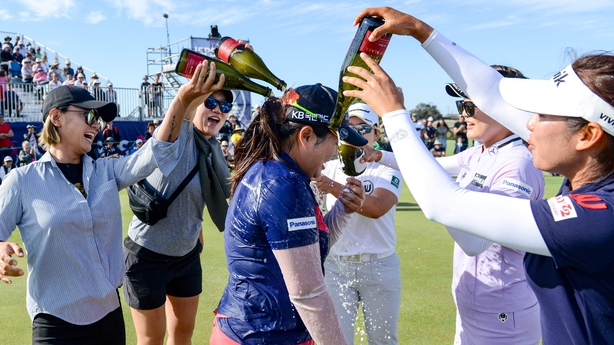 South Korean Park Inbee Park boosted her chances of being eligible to defend her Olympic title when she notched a three-shot victory at Royal Adelaide.

After starting the final round with a three-shot cushion, Park remained clear despite not exactly setting Royal Adelaide on fire in also shooting a one-over 74.

She finished one 14-under overall, while American Amy Olson carded 70 to claim second place on 11-under.

In recording her 20th victory on the LPGA Tour, Park also picked up a healthy dose of valuable world ranking points.

So dominant are South Korea's women golfers that making the nation's team for Tokyo 2020 is one of the toughest Olympic challenges in any sport.

Only four players from any nation are allowed, and Park went into the Australian Open ranked the sixth South Korean, with Ko Jin-young, Park Sung-hyun, Kim Sei-young, Lee Jeong-eun6 and Kim Hyo-joo ranked ahead.

Ireland's quartet is expected to be Shane Lowry, Rory McIlroy, Meadow and Leona Maguire, who missed the cut in Australia on Friday.

The Olympic women's tournament will be held at Kasumigaseki Country Club outside Tokyo from 30 July to 2 August.

The venue is a controversial choice. Women were not granted full membership of the club until 2018, and the course is located in one of the hottest places in all of Japan in mid-summer.