After a fourth place finish in Hawaii for Graeme McDowell and a runner-up spot for Shane Lowry on the Asian Tour, 2020 is shaping up to be a big year for Irish golf. Ed Leahy has a look at what lies ahead.

With three PGA Tour wins and overall FedEx Cup success, most golfers would quite happily swap their 2019 endeavours with those of player of the year, Rory McIlroy.

For the former world number one, and current second best golfer on the planet, McIlroy himself would have only traded all that success with one man – Masters champion Tiger Woods.

Holywood native McIlroy secured his first trophy of the year on St Patrick's Day, as he landed The Players Championship at the iconic TPC Sawgrass in Florida.

Widely considered to be the fifth major, it was an actual fifth major that McIlroy was targeting at the Masters a month later, however, a share of 21st place was the outcome as that elusive green jacket would remain the missing piece of the career grand slam.

McIlroy would have 12 months to pass before he had another chance to hopefully take a peek inside Butler Cabin, and he went about filling that particular void by playing some of the best golf of his career, with the opening round of The Open a notable exception.

2020 may well be a Ryder Cup year, and an Olympic year on top of that, but there is no doubt where McIlroy’s main attention will be focused as he ramps up his preparations for another campaign.

The four-time major winner certainly knows that he has the game to win at Augusta National in April – he was virtually home and hosed back in 2011 before everything fell apart on Sunday as he squandered a four-shot lead and ended up in a tie for 15th. 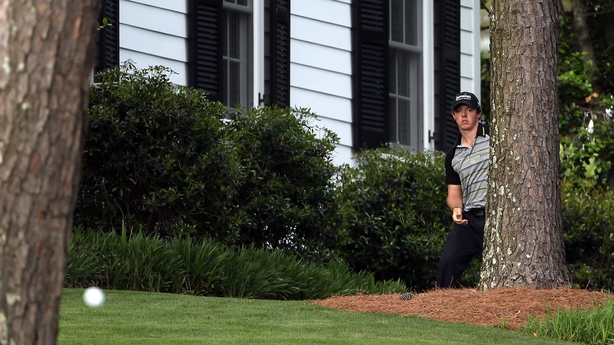 McIlroy only had to wait two months to get over the disappointment of that Masters meltdown, as he won the US Open that summer, while three more majors would follow over the next three years.

By the time McIlroy tees it up down Magnolia Lane in April, it will be approaching six years since his last major win, so while the Masters will remain the number one goal, a fifth major, of any description, would be a very attainable 2020 goal.

Four months from April to July will dictate whether McIlroy wins a fifth this year as the US PGA follows in May at TPC Harding Park in San Francisco, followed by the US Open at Winged Foot in New York in June, and culminating in a mid-summer major as Royal St George’s in Kent host The Open in July.

Should McIlroy pick up a major, expect the 30-year-old to freewheel the rest of the year, which could very well see a return to world number one position, gain Olympic gold and see Europe win the Ryder Cup once again.

McIlroy will return to competitive action later this month as he kicks off his year at the Farmers Insurance Open at Torrey Pines, and also is likely to commit to the Genesis Invitational in mid-February, followed by the WGC-Mexico, where he finished runner-up last year.

The Florida swing in March gives McIlroy options to return to the scenes of previous victories, the Honda Classic (2012), the Arnold Palmer Invitational (2018) and The Players (2019), ahead of the highly anticipated Masters in April.

Being a Ryder Cup year, McIlroy will be seen more often on European shores throughout the next nine months, and has already committed to playing the 2020 Dubai Duty Free Irish Open at Mount Juliet. 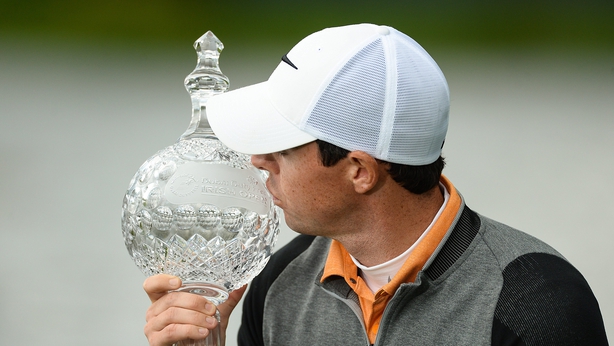 Shane Lowry will be looking to follow up one major win with another in 2020, as The Open champion is exempt to tee it up at all the top tournaments throughout the year.

After winning the 148th Open Championship at Royal Portrush last July, Lowry naturally eased down through the gears for the remainder of 2019, however, the Clara native looks well rested and raring to go in what should be a huge follow-on year for the maiden major winner.

An under-the-radar start to the year for Lowry at the Hong Kong Open, however, it was far from low key finish to the tournament as the Offaly man finished in second place, shooting four rounds in the 60s en route to his 12 under finish.

Next up for Lowry is the defence of the title, which set him up for a momentous 2019, as the world number 19 tees it up at the Abu Dhabi HSBC Championship presented by EGA this week.

Lowry attributed a lot of last year’s success to his preseason routine in the Middle East and expect to see a lot of the Esker Hills golfer on the PGA Tour in the build-up to The Players and on to the Masters. 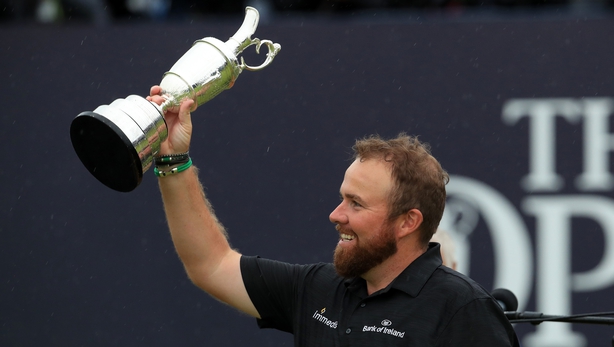 Four majors will all be targeted by Lowry this year, but you get the sense that Lowry would sacrifice the lot this season to be guaranteed a place on Padraig Harrington’s Ryder Cup team.

By the time the men’s golf comes around at the Olympics in Japan in late July, Lowry should have a good gauge as to whether he will be involved in the Ryder Cup in September, and all going to plan, playing alongside McIlroy should really put a realistic medal chance on the table for Ireland.

Graeme McDowell’s year has started very brightly as he kicked off the New Year with the Hawaii swing, beginning with an outing at the prestigious Tournament of Champions in Kapalua, which is reserved for PGA Tour winners from the previous calendar year.

McDowell enjoyed his 2019 victory in the Dominican Republic last March, which handed the Portrush native the security of a two-year Tour exemption and a healthy wedge of FedEx Cup points.

And on his next outing of the year, the 2010 US Open champion finished fourth at the Sony Open to jump 20 places in the world ranking and move back inside the top 100.

So you might imagine, the first goal of the New Year achieved within a couple of weeks for McDowell, he has set himself a busy schedule for the opening quarter of the calendar year as he looks to move on up and hopefully target the top 50 in the rankings.

Such an achievement would bring with it an invitation to the opening major of the year, a trip to the Masters in Augusta in April. 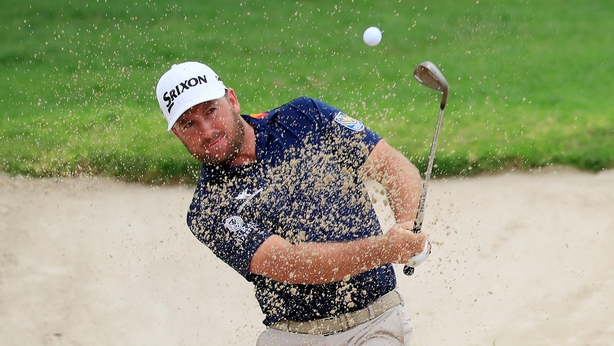 McDowell has not graced the hallowed turf of Augusta National since 2016, and while his record at that specific tournament is not overly impressive – two top twenties, including a T12th in 2012 – an invitation for 2020 would show that his year would be very much on track heading into the summer.

A pure veteran of the PGA Tour at this stage, expect McDowell to compete at a high level again this year, and he will certainly target a return victory at Punta Cana in March, while he will also play the Arnold Palmer Invitational and the Honda Classic, where he has a good track record.

Another early date to look forward to for McDowell will be a return to the scene of his greatest victory, Pebble Beach, as he competes in the AT&T Pro-Am event, while the Puerto Rico Open is another to target as it is an alternate event, coinciding with the WGC-Mexico, where he is not currently qualified.

A one-time stalwart of Europe’s Ryder Cup team, McDowell will surely be looking at making the team for the first time since 2014, and further success on the PGA Tour could prove a strong factor for a captain’s pick from compatriot Harrington.

McDowell would need an exceptional year to break into the Ireland Olympic team with Rory McIlroy and Shane Lowry a long way ahead on the official world rankings.

Aside from the current big three of Irish golf, remarkably, no other male player from the island sits inside the top 250 in the world rankings, with Dublin-based Ardglass man Cormac Sharvin coming in at 270th place. 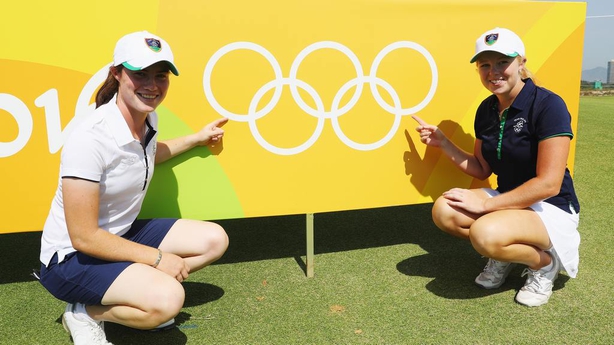 Just ten places separate Ireland women golfers Stephanie Meadow and Leona Maguire in the world rankings and both are expected to travel on an upward trajectory throughout 2020.

Meadow, the world number 245, had a mixed 2019 as she struggled to maintain her card on the top tour in women’s golf.

But things improved for the Jordanstown native throughout the second half of the year, buoyed, no doubt, by the tournament victory at the ISPS Handa World Invitational at Galgorm Castle last August.

Meadow had to fight to the bitter end to make sure that she stayed inside the top 100 on tour and it all came down to the final putt of the year as the 28-year-old sank a 25-footer to record back-to-back birdies and finish sixth at the Volunteers of America Classic in October.

Fighting to make Top 100 on the money list, @StephMeadow20 finishes birdie-birdie in Texas.

Watch the conclusion of the @VOAClassic now on @GolfChannel! pic.twitter.com/VfVUqY7ltQ

Maguire sits just outside the world top 250 – currently 255th – and will commence her first season on the LPGA Tour having secured her card at the season-ending Symetra Tour Championship.

The Cavan native had a stand-out year in her first full calendar year as a professional and secured her first win in the paid ranks at the Windsor Golf Classic last April, followed by a second Symetra Tour victory in May at the Symetra Classic.

Maguire finish seventh in the Volvik Race for the Card standings and with it an LPGA Tour card for 2020.

This year's schedule kicks off later this week with the Tournament of Champions, reserved for LPGA Tour winners from the past two years, while Meadow and Maguire should be eligible to play in the inaugural Tour event at Boca Rio in Florida on 23 January.

Meadow and Maguire also look likely to represent Ireland, once again, at the Tokyo Games in July-August later in the year.