Cameron Smith won the PGA Tour's Sony Open in Hawaii after the Australian made up a three-stroke deficit in the final round and then beat overnight leader Brendan Steele in a play-off.

Smith, who was two shots behind with two holes to play, hit a par four on the first hole of the decider and watched Steele, who had led for most of the final round, bogey the hole.

The 26-year-old Australian had earlier birdied the 18th to force a play-off after Steele bogeyed two of the last six holes to end the tournament on 11-under-par and miss out on what would have been his fourth PGA Tour victory. 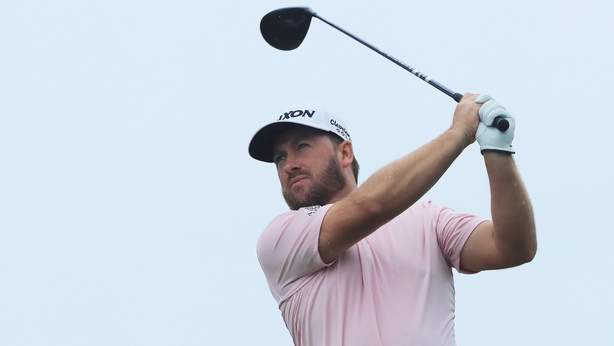 It was Smith's second PGA Tour win following his 2017 triumph in the Zurich Classic of New Orleans.

Having started the tournament on at the Waialae Country Club with a bogey five and a triple-bogey seven on the first two holes, Smith edged back into contention on Sunday with a topsy-turvy round that included four birdies and two bogeys.

"I didn't feel like I played particularly well but I made the putts that I had to make," he said.

"It was a struggle all day though, the conditions wet and a little bit windy this morning so it was a challenge for sure."

"Sometimes you need a little bit of luck to kind of fall your way and you never know what can happen."

That luck was quite the opposite for Steele, who will be ruing the errors of his final round.

The 36-year old Californian missed a six-foot putt for par on the 17th and then hit an approach shot on the 18th into corporate tents off to the left of the green. He got down in par but Smith’s birdie forced the play-off.

"Everything that could go wrong went wrong today," Steele said, according to the Golf Channel.

Webb Simpson finished third on 10-under.