Cormac Sharvin says a move to Dublin last year was critical in his recent up-turn in fortunes on the golf course.

From Ardglass in County Down, Sharvin missed out on his card last year after agonisingly incurring a two-stroke penalty during his sixth and final round at the European Tour qualifying school.

It was a bitter blow, as he ended up just one stroke outside the score he needed to finish in the top 25.

But he says the move south, which took place in September of last year, has borne fruit in 2019, culminating in him securing his card over the weekend.

"There are a lot more golfers down here, and we get more games. We can play for a few quid, and I think that has helped me improve a lot as well."

Sharvin made his European Tour debut in 2016, after an impressive performance in the previous year's Walker Cup.

He finished highest out of the home players at this summer's Irish Open at Lahinch, coming home on nine under par, and he says that it's been tough to qualify from the Challenge Tour.

"It's a difficult tour, with 15 guys at the end of the year getting their card," he said.

"There are guys like Gregory Havret playing, who came second (behind Graeme McDowell in 2010) in a US Open.

"There are young players coming though who are really good. Victor Perez (2019 Alfred Dunhill Links Champion), Matthias Schwab and Erik van Rooyen, who were in the play-off (at the Turkish Open on Sunday) came off the Challenge Tour.

"I was able to play really consistent this year, without a win, and sneak into that top 15."

First up for Sharvin is a trip to South Africa at the end of the month to play in the Alfred Dunhill Championship at Leopard Creek.

It's the first tournament in the 2020 Race to Dubai, and it'll be followed by the Mauritius Open.

"Normally I've had a bit of time off," Sharvin points out, "with the Challenge Tour being six or seven months throughout the year.

"That's going to be a challenge, starting straight back up, and playing week on week without too many breaks." 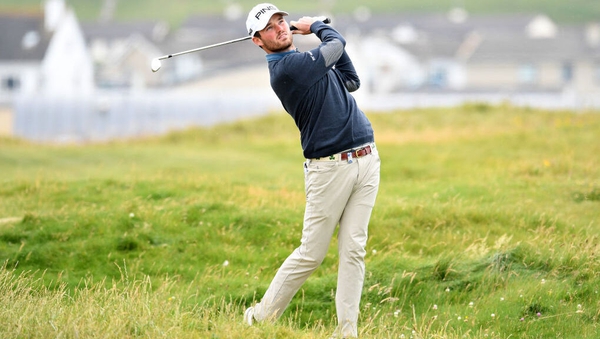