Shane Lowry believes becoming European number one will be the "icing on the cake" of a season which has already produced his first major title.

Lowry powered to an emotional victory in the Open Championship in July, the 32-year-old Offaly man winning by six shots from England's Tommy Fleetwood in front of massive crowds at Royal Portrush.

Coupled with a win in the Abu Dhabi Championship in January, that has given Lowry the chance to win the European Tour's Race to Dubai for the first time and he trails current leader Bernd Wiesberger by less than 700 points with three events remaining.

"To be European number one would be really special and would add to the year I've had."

The first of those is this week's Turkish Airlines Open in Antalya where Lowry, Wiesberger and Justin Rose - who is seeking a third straight victory in the event - are among the players chasing the 1,500 points on offer to the winner.

"It's my main goal over the next few weeks to perform as best as I can, it would be lovely if I got to the final 18 holes in Dubai with a chance to win the Race to Dubai," Lowry said.

"To be European number one would be really special and would add to the year I've had. I think it would be the icing on the cake.

"I'm going to give it my best shot but if I don't win it, I won't be too disappointed. I've had a decent year and I'd be pretty happy with what I've got at Christmas.

"To start the year with a win in Abu Dhabi at a Rolex Series event was huge - that gave me the confidence going forward. Outside of a major, as a European Tour player it probably doesn't get much bigger. There are WGCs as well, but Rolex Series events are definitely up there.

"It's nice to be here. It's definitely one of those weeks where it's a really nice week. Lovely weather, lovely golf course, great hotel.

"I know a few guys and I have families here so it's a chilled week, but there's a lot of business to take care of as well. I'm looking forward to getting out there." 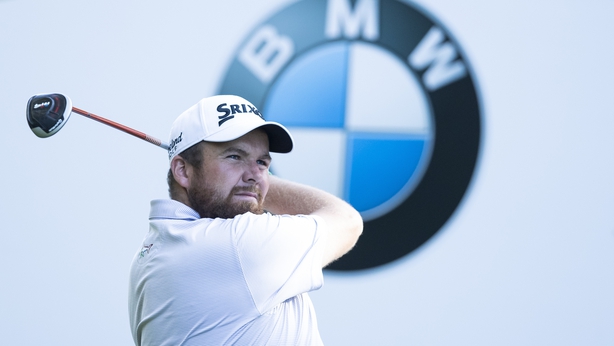 Lowry has perhaps understandably not been at his best since celebrating his Open championship triumph in style, although the world number 19 was 11th in the BMW PGA Championship at Wentworth, 15th in the Dunhill Links and 13th in the inaugural Zozo Championship won by Tiger Woods.

Rose became world number one for the second time by making the first successful title defence of his career in last year's event by defeating China's Haotong Li on the first play-off hole after the pair had finished tied on 17 under par at the Regnum Carya Resort.

The Olympic champion is a combined 55 under par for his 12 rounds in the event after finishing third on his debut in 2013, when former Ryder Cup team-mate Victor Dubuisson claimed the first of his two wins in three years at this year's venue, the Montgomerie Maxx Royal.

Rose also won the event's precursor - an eight-man matchplay competition which included Woods and Rory McIlroy - in Antalya in 2012.