Rory McIlroy has conceded that Brooks Koepka "wasn't wrong" when he dismissed the idea of a big rivalry between the pair.

Speaking ahead of his title defence at last week's CJ Cup in South Korea, world number one Koepka was asked about his rivalry with McIlroy and said: "I've been out here for what, five years?

"Rory hasn't won a major since I've been on the PGA Tour. So I don't view it as a rivalry."

Koepka was also second in the Masters and US Open this year and fourth in the Open Championship at Royal Portrush, where an emotional McIlroy missed the cut on home soil.

"What Brooks said wasn't wrong," McIlroy said in an on-course interview with GOLF TV during the Japan Skins event.

"I mean, he's been the best player in the world the last couple years - four majors. I don't think he had to remind me that I haven't won one in a while.

"I love Brooks, he's a great guy. Obviously super-competitive, like we all are. I can see where he's coming from.

"I think if you take what Brooks said out of context then it can become this big thing that it's become. But Brooks and I are good, we're good friends." 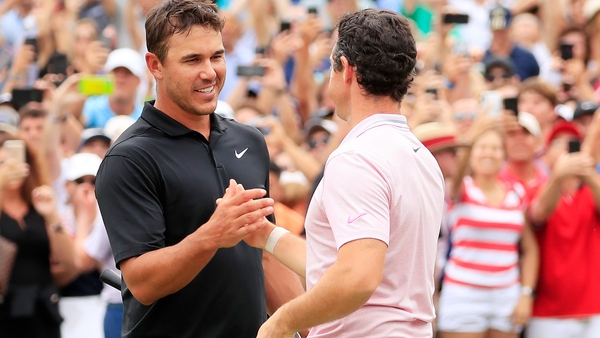