"You can shoot the best score of the week and not win the golf tournament."

Rory McIlroy's thoughts ahead of the richest tournament in world golf as the PGA season comes to a close at the Tour Championship at East Lake.

It's the conclusion of the 2018-19 FedEx Cup, with the last man standing set to pick up a whopping $15million on Sunday as the curtain comes down on the PGA season.

And while the topic of conversation should centre on who is going to be crowned this year's champion, the 30 remaining players are seemingly spending the week speaking about the format of this year's finale.

Bryson DeChambeau, for example, is one of the lowest ranked players in this weekend's event, yet the American knows that victory at the Tour Championship will see him walk away with the much coveted $15million top prize.

In recent seasons, only the top five were guaranteed to win the FedEx Cup and the huge monetary prize fund by securing a win on the final weekend, but changes to this year’s format will see all thirty golfers in this elite field have a genuine chance of leaving with the loot.

There is a catch, however, as a handicap system is in place ahead of the start of the event, which means that DeChambeau and the other four lowest ranked players will have to overturn a ten-shot deficit over the course of the four-day event.

Justin Thomas is the top-ranked player going into the weekend, having secured victory at last week’s penultimate event, the BMW Championship, and as a result, the 2017 PGA Championship winner will begin the event at ten under par under the new format.

The aforementioned quintet of DeChambeau & Co. will start on level par with the other 24 golfers somewhere in between, ranging from eight under for the second-placed Patrick Cantlay to one under for 24th-placed Sungjae Im.

Rory McIlroy, as it happens, is the fifth-ranked player heading into the weekend, thanks to the two Tour victories throughout the season, having amassed 2,842 FedEx Cup points.

And in years gone by, the four-time major winner would have been part of that five-player group shooting it out for the big prize, but now McIlroy begins his quest right in the middle of the handicap, five shots off the leader, teeing off on Thursday on five under par.

"Come back to me on Monday and I will tell you if it has worked or not," said McIlroy at the pre-tournament press conference.

"It is definitely a simplified format and people will understand it better. And it gives more guys a chance to win this week, so if you look at it just from that lens, it probably is better this way.

"By Sunday, I can see a situation where maybe 15 guys might have a chance to win the entire thing

"It will be exciting and it will be different, but at the same time you just have to go out and play good golf and not look around at what other guys are doing."

McIlroy admitted that it would be a psychological test starting the week off on a different score to other players in the field, but the Holywood native is planning to pay attention to his own game and try not to get distracted by everything else going on this week.

"I’m starting five back. We are all creatures of habit so it feels very different that you are starting at a different position than the rest of the field, but at the same time, you have to control what you can and hopefully you play four good rounds of golf and end up with the lowest score."

Justin Thomas was also happy to sit on the fence when asked whether the new format was better or worse.

"There isn't a person on the planet that has experienced this before, for the stakes that it's for, and I'm just going to try to deal with it the best that I can," said Thomas.

"It's the first year of it and obviously we changed it because we thought it was for the better. Like anything you don't really know," said Thomas, who added that he felt that it would take a few years to see if it works or not.

"I’m going to try not to pay attention to the leaderboard. I know this course suits my game, and I have been playing well, so if I can keep doing what I am doing, I should be okay."

"With this format it has the potential where myself and a couple of guys get hot at the top of the leaderboard and it could be a one-man show, but if some of us at the top don't play well and some of the guys at the bottom play well, you legitimately have the chance of 25-28 guys that have a chance to win 15 million dollars on Sunday." 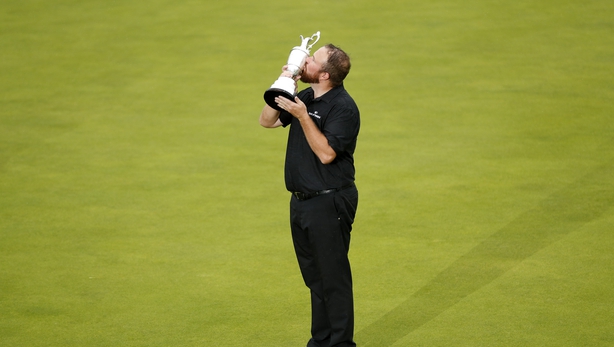 Two of the four major winners from 2019 will not be present at East Lake this week as both Masters champion, Tiger Woods, and The Open winner, Shane Lowry, failed to make it into the top thirty ahead of the Tour Championship.

Woods ended the year in 42nd place, while Lowry missed out by three spots, falling from 25th to 33rd during the final week of scoring, and McIlroy believes that the major winners are not getting the proper recognition in terms of points awarded for the victories.

Both Woods and Lowry would have comfortably qualified had that been the case.

The PGA Tour has revamped its schedule this year, which puts more of an emphasis on the FedEx Play-offs by ensuring that the majors were all completed by mid-summer.

"Who knows what the winner wins at the Masters? I don't know because that's not what it's about," said McIlroy.

"If the FedEx Cup wants to create a legacy that lasts longer it doesn't need to be about the money, it should be about the prestige of winning an event that you'll be remembered for.

"The money's great but I'll get more satisfaction than from winning the golf tournament and playing well. I don't think the money needs to be front and centre because I don't think that's what the fans care about.

"We had breakfast with some of the sponsors and what I said to them was if the PGA Tour are trying to do this season of championships, where it starts with the Players in March, then goes through the four majors and culminates with the FedEx Cup at the end, if the FedEx Cup really wants to have this legacy in the game like some of these other championships do, is people starting the tournament on different numbers the best way to do it?" McIlroy said.

"I get it from a fan experience point of view, I get it from giving guys that have played better throughout the year an advantage, but I don't know.

"You can shoot the best score of the week and not win the golf tournament. If that happens to someone it's going to be hard for them to wrap their head around."