Clarke, who owns a house overlooking the Dunluce Links, is scheduled to get play under way at 0635 on Thursday alongside Amateur Championship winner and Mallow man James Sugrue and American Charley Hoffman.

The 50-year-old lifted the Claret Jug at Royal St George's in 2011 but has missed the cut in three of the last four years and had mixed feelings about his position as "honorary" starter.

"The question is are they going to put me off on the first tee shot at 6.30am?" Clarke said earlier this month.

"That means you're not really supposed to do any good in the tournament. We'll see."

Three-time major winner Padraig Harrington is next of the Irish out, at 7.30am alongside England's Matthew Fitzpatrick and American Andrew Putman.

Shane Lowry starts his round at 7.52am alongside 2013 champion Phil Mickelson and Branden Grace.

Portrush native Graeme McDowell is off at 09.14am in the company of 2016 winner Henrik Stenson and American Xander Schauffele, who finished joint second at Carnoustie last year. 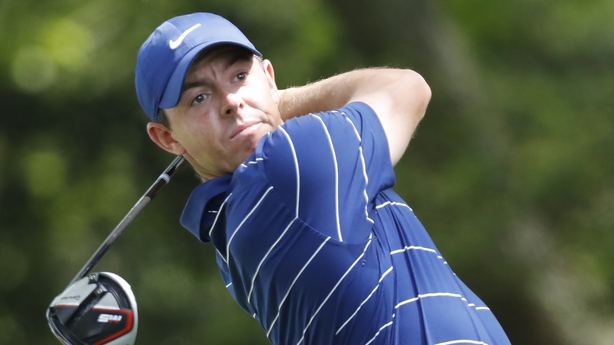 Rory McIlroy, who set the course record of 61 at Portrush as a 16-year-old, will get his quest for a first major title in five years under way at 10.09am alongside US Open champion Gary Woodland and Paul Casey.

McIlroy admits it would "mean the world" to win a second Open title on home soil as Northern Ireland hosts the event for just the second time and the first since Max Faulkner's victory in 1951.

World number one Brooks Koepka, who has finished second, first and second in the year's majors to date, tees off at 1.04pm in the same group as 2010 champion Louis Oosthuizen and India's Shubhankar Sharma.

Like many players in the field Koepka has never played Royal Portrush before, but his caddie Ricky Elliott was born and raised in the town and was a talented golfer in his own right, often competing against good friend McDowell in local and national tournaments.