Rahm fired an eagle, eight birdies and two bogeys on the Clare coast to finish 16 under par, two shots clear of England's Andy Sullivan and Bernd Wiesberger, the Austrian having the consolation of qualifying for the upcoming Open Championship.

Paul Waring secured the final berth at Royal Portrush thanks to a birdie on the last in a closing 66.

Cabrera Bello had surged into a three-shot lead with three birdies in the first five holes, but started the back nine with four bogeys in six holes as Rahm piled on the pressure.

After covering the front nine in 31, Rahm birdied the 10th and holed from 25 feet for an eagle on the 12th before recovering from a bogey on the next with birdies on the 14th, 15th and 17th. 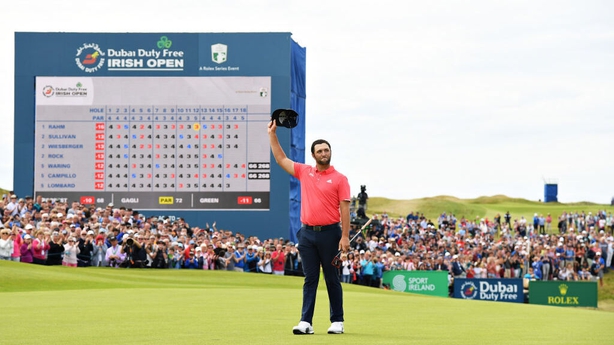 "I love this tournament," he said afterwards. "I love this country, I love the people and I feel like I'm at home every time I come here.

"My game is in great form, but I didn't show it the first two days as I couldn’t hole the putts, and the weekend was the complete opposite. Putts started rolling in from everywhere. I felt really confident and I knew I could do something.

"The eagle at 12 completely got me going even though I had a little mistake at 13. I’m thrilled with the back nine I had."

Cormac Sharvin capped a memorable week by finishing as the highest-placed Irish golfer in the field on nine under par.

Robin Dawson and Cormac Sharvin were both pleased with how they fared around Lahinch Golf club this week #rtegolf #DDFIrishOpen pic.twitter.com/JrMAjdC0Y4

After a shaky start with two dropped shots in the opening three holes, he steadied himself to reel off three birdies in succession, beginning at the seventh.

However he hit a rocky patch at the turn, with a birdie at 12 sandwiched by three bogeys and he carded a 70 to finish six shots adrift of Rahm.

Robin Dawson, on his first Irish Open as a professional, posted a final round 71 which included a birdie at the last for a six-under par total

Shane Lowry's final day 68 saw him finish on four-under par. Padraig Harrington would have been closer to him on the final standings but for a double-bogey at the 17th.

A birdie on the last – as he has done each day at Lahinch – saw him finish level par for the day and one-under par for the tournament, two shots better than Seamus Power, who carded two bogeys and a triple bogey (12th) on the back nine. 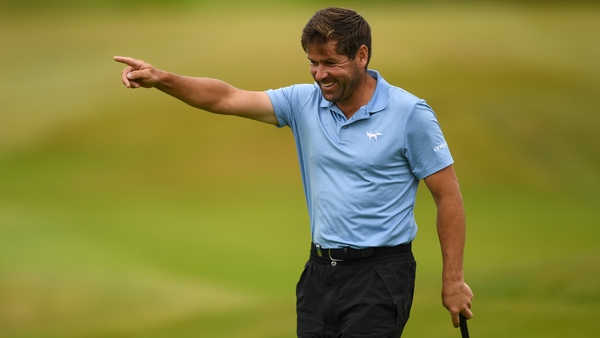 Rock swings for 60 to take the lead at Irish Open