Cormac Sharvin will begin the final day of the Dubai Duty Free Irish Open as the highest placed Irish golfer where Robert Rock will be the man to catch after a sensational round of 60.

Waterford's Robin Dawson shot a flawless 64 on day three of the competition to move up the leaderboard at Lahinch, but Shavrin will begin Sunday on nine-under par, four shots adrift of England's Rock.

Rock came agonisingly close to recording the second 59 in European Tour history, narrowly missing from 30 feet for eagle on the par-five 18th at Lahinch.

A tap-in for his sixth birdie in succession to complete a brilliant course record of 60, eclipsing the 63 established by Padraig Harrington on Thursday. 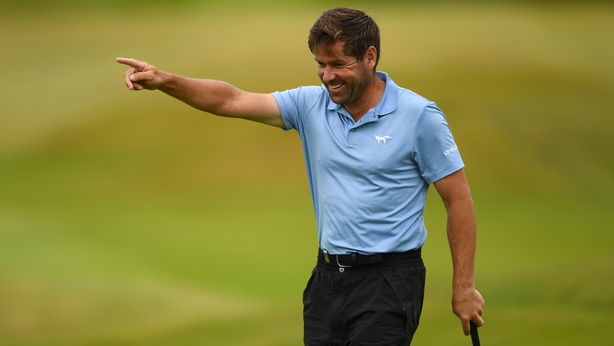 That set a daunting clubhouse target of 13-under par and put Rock in pole position to claim his second winner's cheque in the event, the 42-year-old famously taking home the first prize of €500,000 after losing a play-off to Shane Lowry in 2009 as Lowry was still an amateur.

Rock will take a one-shot lead over Rafa Cabrera Bello and Eddie Pepperell, with overnight leader Zander Lombard a further shot behind on 11-under par.

? 11 birdies
? 60 with a bogey
? Six consecutive birdies to finish
? Lowest career round by three shots

Sharvin was solid if not spectacular on the front nine, picking up a birdie before hitting three-in-a-row at the 12th.

Similar to yesterday, the 17th caused him bother, bit a superb recovery shot on the 18th, after a wayward second off the fairway, saw the 26-year-old card his second round of 66 this week and well placed on nine-under par. 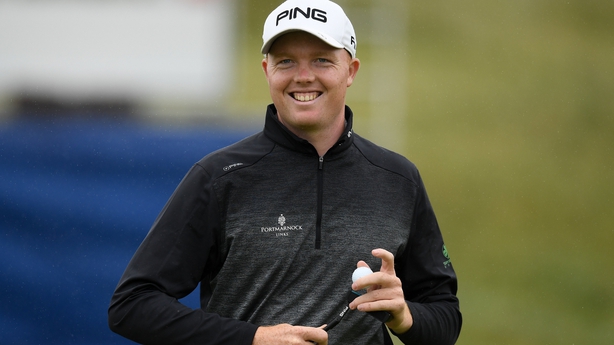 Dawson was the star of the show among the earlier starters of the day. The 23-year-old, competing in his first Irish Open having only turned professional last September, posted a round that contained six birdies and not a single dropped shot.

Dawson, who had to hole from 15 feet for birdie on the 18th to make the cut on the mark of one under, picked up birdies at the second and seventh holes.

However, it was on the back nine where he turned on the style, reeling off four birdies in the next six holes as controlled iron play and composure on the green saw him fly up the leaderboard.

"It was a nice round of golf. It was grand and calm for the first 12 holes and then it started to rain, so I took advantage of that," he told RTÉ Sport. "I played really solid all day and gave myself a lot of chances for birdies."

While the afternoon leaders were yet to begin when Dawson left the course, a round of 64 sees him in a very healthy position going into the final day of action in west Clare.

.@dawson_robin planning to take a dip in the seas this afternoon after shooting a flawless 64 in his third round at the #ddfirishopen #rtegolf pic.twitter.com/G9HB8xyqfa

And although the 23-year-old was likely to slip down the leaderboard as the day progressed, one of three qualifying places for the Open Championship remains a realistic goal.

"It's going to be in there somewhere in the back of my mind, but if I play well, all that looks after itself," said Dawson, who only received an invite into the £5.5m event on Monday morning and was scheduled to travel to Slovakia for a Challenge Tour event that evening. 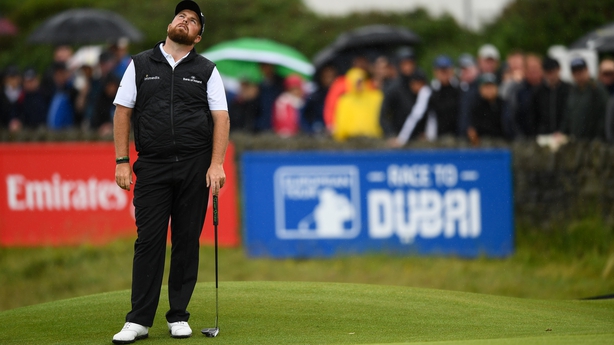 Shane Lowry finished the day as he began it on two-under par after a topsy-turvy outing in which he admitted his putter was "cold".

On the front nine, the Clara man responded to bogeys at the second and sixth with birdies. A double-bogey at the 12th was sandwiched by birdies and his fifth of the day at the last ensured a level-par round.

A birdie on 18 was a positive finish to a round that was turbulent to begin with for Waterford's Seamus Power. The US-based golfer followed up a triple bogey at the second with a bogey. Birdies at 8 and 11 had Power moving in the right direction before coming a cropper at the 12th and 15th.

A birdie putt on the last ensured a round of 73 and the 32-year-old sits at one-under par. 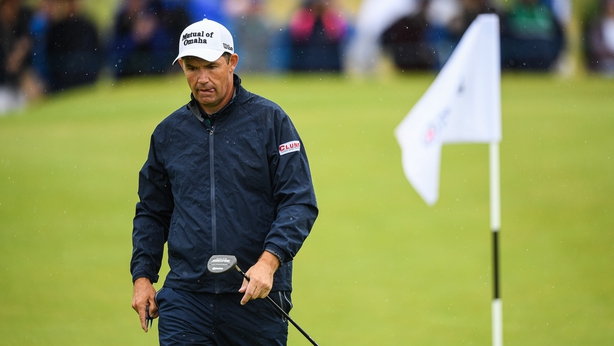 Padraig Harrington also picked up a shot on the last, but that proved to be his only birdie of a round that included four bogeys for a second successive 73. he will begin the final round on one-under par. 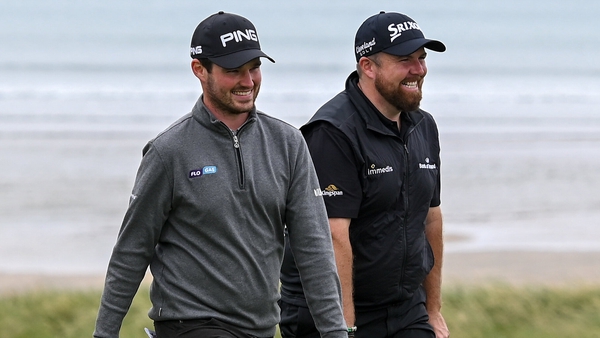