Padraig Harrington admitted he couldn't get any rhythm to his game as surrendered his lead at the Dubai Duty Free Irish Open where a second-round 73 saw him slip down the pecking order in Lahinch.

After recording eight birdies and a solitary bogey to establish a new course record of 63 yesterday in glorious sunshine, the weather was considerably different today and the 47-year-old struggled in the blustery conditions.

Eddie Pepperell set the pace in West Clare to back up yesterday's 65.

Pepperell was unable to birdie the 18th but a second round of 67 gave him the clubhouse lead on eight under par, a shot ahead of Campillo, Ancer and Westwood.

Harrington commented yesterday that "it just seemed pretty easy". Day two was anything but, though a superb approach shot at the final hole which saw him narrowly miss out on an eagle allowed him to finish on a positive note.

"It was exceptionally difficult out there early on," he told RTÉ Sport.

"When you are going out leading in bad conditions you are going to be tentative in the first place. There were crosswinds, rain and some tough pin positions and you need a good strong short game. That let me down today."

The three-time Major winner began with a bogey and couldn't find any rhythm, alternating between bogey and par in sequence right up until the ninth hole.

Five successive pars steadied the ship and he finally struck red on the scorecard at 13, but the good work was undone just a hole later when his putt dragged just to the left of the hole and pushed him back to four-over for the day.

"I didn't create any momentum," he said. "I didn't free up at all until the last couple of holes, but that’s the nature of it. There are ebbs and flows in any tournament."

With low scores at a premium, Harrington saved his best shot of the day for the last. Standing on the fairway with 267 yards to the flag, Harrington's controlled iron shot gave him a chance of an eagle, but it trickled inches past the hole.

A simple tap-in saw Harrington finish with a round of 73, 10 shots worse off than yesterday’s course record, but at four-under par, he still remains in the hunt going into the weekend.

Harrington is confident he can still have a say in the tournament.

"Four-under par, I'm still in there. It was nice to birdie the last. It somewhat gives me something to look forward to over the weekend." 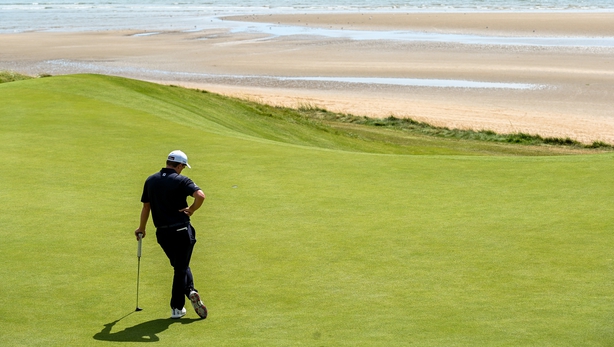 Paul Dunne meanwhile showed all his battling skills to card a 69 and is at level-par. The Greystones native managed bogeys at three and five and was outside the projected cut, but he displayed all his resilience in the trying conditions with a subsequent 10 pars and a couple of birdies. 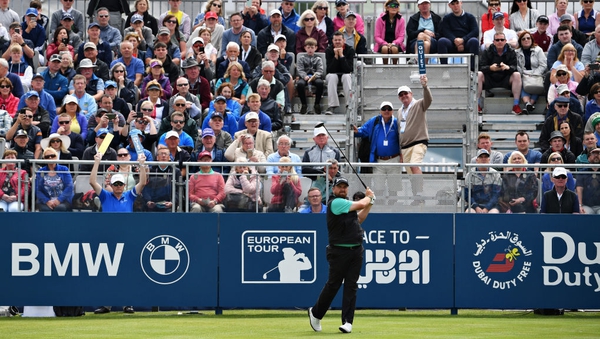