Defending champion Brooks Koepka equalled the lowest round in tournament history to leave playing partner Tiger Woods trailing in his wake in the US PGA Championship at Bethpage State Park.

Koepka carded seven birdies in a flawless opening round of 63 to set a new course record on the fearsome Black Course where Woods was the only player to finish under par in winning the 2002 US Open.

Masters champion Woods had threatened to recover from a nightmare start when he eagled the fourth, his 13th hole of the day, to get under par for the first time, only to drop three shots in the next four holes and finish two over, nine behind Koepka.

"My putter was hot today, I'm not going to lie," Koepka said after becoming the first player in US PGA history to record multiple rounds of 63 in his career. "It hasn't felt that good in a long time.

"This is a crazy day, seven under is not going to happen every day, but I parred two par fives and missed a five footer on number 11. It could have been a helluva round, I just need to clean a few things up.

"I think I'm still learning, understanding my game and I think over the next few years I'm excited for what's to come. I understand a lot more about my misses, where to hit it and in major championships I just suck it up; you don't always have to aim at the flag like you do in regular events." 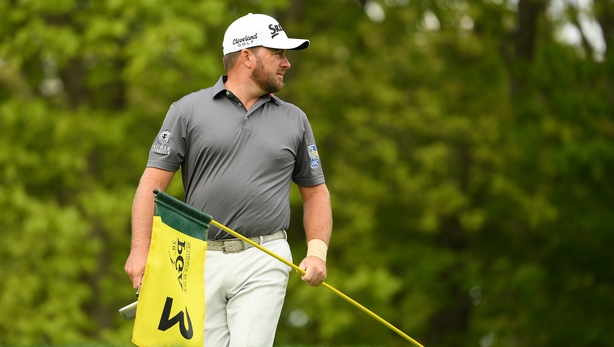 Graeme McDowell was best of the Irish as the 2010 US Open winner posted an impressive level-par 70 to sit seven shots off the lead.

But it was more of a grind for the other three Irish in the field as Rory McIlroy finally made a birdie on the last hole to get back to two over par, while Padraig Harrington and Shane Lowry hit disappointing five-over 75s.

New Zealand's Danny Lee is just a shot off the lead after carding a brilliant 64 in the breezier afternoon conditions, with England's Tommy Fleetwood, who finished second to Koepka in last year's US Open at another Long Island venue Shinnecock Hills, another three strokes back after a 67.

"It was a little more playable than the practice days have been but overall still a brutal golf course and as soon as you're out of position, you're going to struggle. Luckily enough, I hit plenty of good golf shots."

Starting on the back nine alongside Koepka and Open champion Francesco Molinari, Woods missed the fairway on the 502-yard par-four 10th and could only lay up around 80 yards short of the green.

From there the 43-year-old flew his approach over the green and, after chipping to four feet, missed the bogey putt after Koepka had holed from 40 feet for an unlikely birdie. 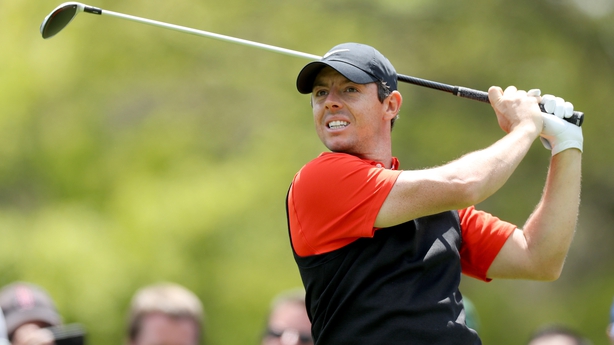 Woods steadied the ship with a string of pars before holing from 15 feet for birdie on the 15th, only to three-putt the par-three 17th for another double bogey after his tee shot had plugged in a greenside bunker.

Koepka, who was joint second behind Woods at Augusta National, birdied the 14th and 18th to cover the back nine in 32 and fared even better on the front nine, birdies on the first, third, fifth and ninth giving him a place in the record books.

Woods gave the large crowds something to cheer with birdies on the first and second and an eagle from 30 feet on the fourth, his first in the US PGA since 2001, but three-putted the fifth and seventh and failed to get up and down from the edge of the next.

"I got off to not the best start today, fought my way back and unfortunately let a couple slip away at the end with some bad putts," said Woods, who was understood to be suffering from a cold when he opted not to practice on Wednesday.

"It could have been a little bit better today and consequently I'm a long way back."

England's Matt Wallace had held the early lead after four birdies in his first six holes before having to settle for a 69, one shot better than world number two Justin Rose.