Leona Maguire has qualified for her first major after earning a place at the 2019 US Women’s Open in Charleston, South Carolina.

The tournament, which takes place at the end of the month, has the largest purse in women’s golf at $5m, and the Cavan native will be among the 156 competitors in action.

The 24-year-old carded rounds of 67 and 71 to win the 36-hole qualifier at Pinnacle Creek Country Club in Arizona by three shots.

"Boom!! 66-68 to qualify for US open today! Can't wait to play my first major in Charleston, one of my favourite cities," she posted on her Twitter account.

Boom!! 66-68 to qualify for US open today! Can't wait to play my first major in Charleston, one of my favourite cities pic.twitter.com/IQeIL1ImNr

Last week Maguire shot a course-record 64 on day one at Emirates Golf Club before slipping down the leaderboard.

She will be joined in South Carolina by Stephanie Meadow after rounds of 66 and 68 saw her finish second to Yuka Saso of the Philippines at Druid Hills Golf Club in Atlanta.

The Jordanstown golfer made her professional debut at the event five years ago where she finished third at Pinehurst Resort.

Further places in the field for the year's second major championship will be decided by Tuesday's 36-hole qualifier at Buckinghamshire Golf Club. 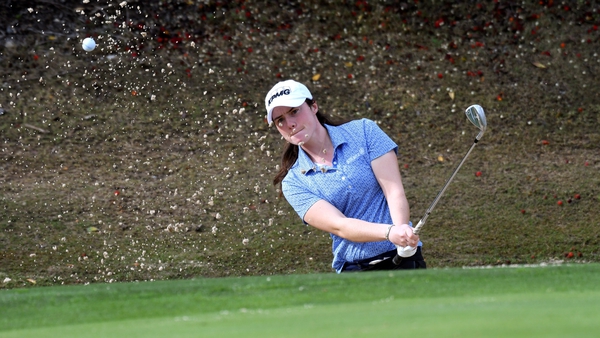