American Max Homa overcame an untimely weather delay to claim his first PGA Tour title as Rory McIlroy squandered his chance of a third victory in the Wells Fargo Championship.

Homa, who began the day in a tie for the lead with Joel Dahmen and Jason Dufner, carded a final round of 67 at Quail Hollow to finish 15 under par and three shots clear of Dahmen, with Olympic champion Justin Rose a shot further back.

The 28-year-old from California birdied the fifth, seventh, 10th and 11th and was facing a five-foot putt to save par on the 14th when play was suspended due to bad weather.

After a 62-minute delay, Homa calmly converted the putt to remain three shots ahead and a two-putt birdie on the par-five 15th effectively sealed victory for a player ranked 417th in the world at the start of the week.

Asked for his reaction, Homa told Sky Sports: "Like I'm in a dream I think. I didn't know if this day would ever come, let alone just keeping my (PGA Tour) card.

"But I've been working my tail off and I've been seeing a lot of great results and my gosh it's cool to do it here because I love this place as much as any.

"It's great for my family, my fiance - I'm getting married in a few months - everything's good now."

McIlroy, who began his round with six straight pars, looked certain to close the gap to the leaders after hitting two superb shots to the par-five seventh, only to race his eagle putt four feet past the hole and miss the birdie attempt.

Another three-putt resulted in a bogey on the ninth and McIlroy's faint hopes evaporated on the par-five 10th, where the 30-year-old was within 50 feet of the hole in two but proceeded to duff two chip shots and run up a double-bogey seven.

McIlroy, who celebrated his 30th birthday on Saturday with a third round of 68 to lie two shots off the lead, eventually signed for a closing 73 to finish in a tie for eighth. 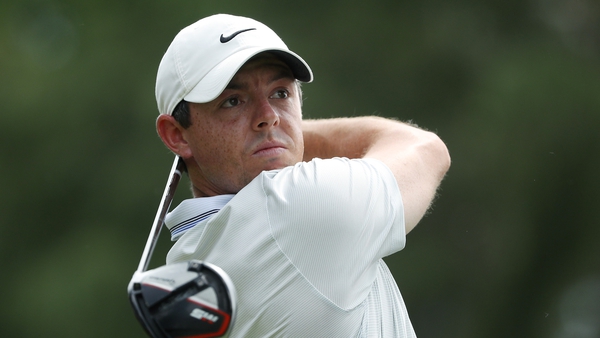