Relief was very much the overrriding emotion as Graeme McDowell ended a four-year wait for a tournament victory following his success at the Corales Puntacana Championship in the Dominican Republic on Sunday.

The Northern Irishman took the lead with a five-foot birdie at the 17th hole and despite a bogey at the last edged American Chris Stroud and Canadian Mackenzie Hughes at Puntacana Resort.

He finished on 18-under to claim his fourth victory on the PGA Tour, and his first since winning the Mayakoba Golf Classic in 2015.

"A huge relief, it's been a grind for the last few years," was the reaction of the 2010 US Open champion afterwards.

"Winning in Mayakoba in 2015 was very special for a lot of reasons but it's been a lot of days and a lot of tournaments since that win, a lot of frustration, a lot of tough weekend beats.

"In the last six months I made a lot of cuts, struggled to make my good weeks into great weeks. That's been the frustrating thing but it's nice to come down here, play relaxed, play free and make some birdies. 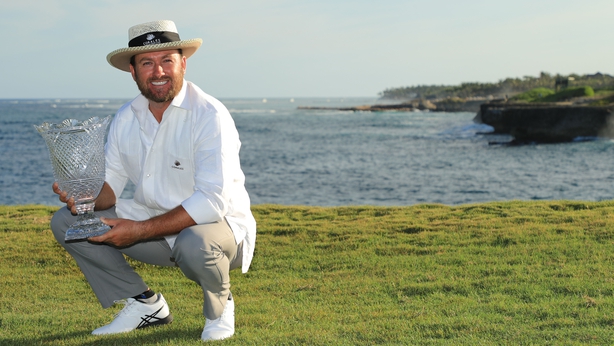 "Hopefully I can kick on from here now."

"Being a full exempt tour on the PGA Tour is very special," he added.

"It was something I took for granted when I was in the top 50 in the world rankings; it was one of those things that took care of itself.

"I've been grinding, I've been trying to do a lot of things I used to do well and I'm starting to get back to to doing that again. This win will take a lot of pressure off me and hopefully allow me to go and play a bit more free."