Rory McIlroy joined Tommy Fleetwood at the top of the leaderboard after the second round of the Players Championship at Sawgrass.

Fleetwood built on his 65 in the opening round by picking up four shots in the first three holes, including an eagle at the second, and, although he could not maintain that pace, a birdie at the 18th gave him a round of 67 to move to 12 under par.

That looked like being good enough for the outright lead until McIlroy surged through late on. The four-time major winner birdied the eighth, ninth, 10th and 12th and then finished in style with an eagle on the 16th and a birdie on the 17th to sign for a 65.

Both players have been in good form without translating that into victories. McIlroy has finished in the top six at each of his last six events while Fleetwood led last week's Arnold Palmer Invitational before eventually finishing tied for third.

Seamus Power bounced back from an opening-day 74 to make the cut after shooting a five-under 67. A double-bogey on the 18th was a fitting end to a disappointing couple of days for Shane Lowry who followed up Thursday's 73 with 74 and misses out on the weekend.

McIlroy is looking forward to a weekend battle with his Ryder Cup team-mate, saying: "I'm excited. Tommy played great last week. I obviously had my chances as well. This is the great thing about golf, you can get straight back on the horse. I'm looking forward to tomorrow."

Fleetwood said on Sky Sports: "(I need to) just keep doing the same things. It didn't happen for me last week but I did so many good things and it's been nice to be playing with confidence.

"I felt really comfortable today and I enjoyed it. (I'll try to) keep that focus and commit. Two rounds is a long, long time but I've put myself in a good position." 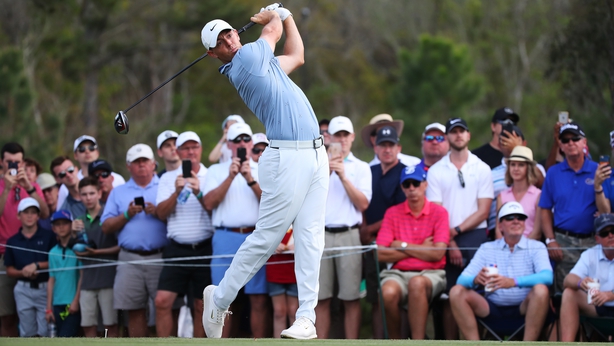 Furyk had the best round of the day, the 48-year-old former Ryder Cup captain carding eight birdies in a flawless 64.

Tiger Woods admitted he was "ticked off" after seeing his hopes of winning a third Players Championship title suffer a potentially fatal blow on the famous 17th hole. 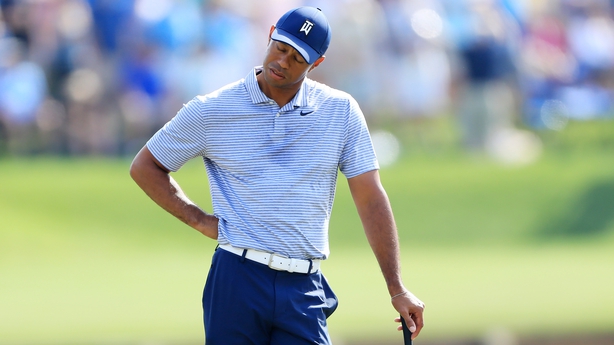 Woods began the second round five shots off the lead but had moved ominously up the leaderboard with birdies on the 12th, 13th and 16th, having started from the 10th tee.

However, the former world number one then dumped two balls into the water on the par-three 17th on his way to a damaging quadruple-bogey seven.

Woods had narrowly avoided the water on the 13th and 16th and made birdie on both occasions, but his luck ran out on the 17th when his tee shot pitched on the green but just trickled off the back edge.

The 43-year-old opted to play his next shot from the drop zone but a pulled approach took one bounce before plunging into the water and after finally finding the green, Woods two-putted from 20 feet.

"The second wedge didn't really surprise me, it was too flat. The first one I hit surprised me," Woods told reporters. "I was pretty ticked. I was determined to get it all back.

"Other than 17 I really haven't done a whole lot wrong. Anyone who makes the cut has a chance."

Woods regrouped to play his remaining 10 holes in two under par and return a 71, but on three under par he is nine shots adrift of the lead.