Tommy Fleetwood took advantage of the par-five holes at the Arnold Palmer Invitational in spectacular fashion to move into a share of the halfway lead at Bay Hill, but Shane Lowry has missed the cut in Orlando.

It was a tough day at the office too for Graeme McDowell. He started his round four off the pace; a three-over 75 leaves him one one-under overall and eight behind the leaders.

Rory McIlroy followed up his opening 72 with a two-under 70 that leaves him on two-under, but Lowry had a disastrous 18 which ended his weekend early.

The Offaly man carded a first-round 70 but he picked up seven bogeys and a triple bogey on the par-four third en route to a 79 that left him five-over and outside the cut mark.

Fleetwood boosted his hopes of winning his maiden title on the PGA Tour with a second-round 66, taking him to nine-under-par overall alongside Keegan Bradley. 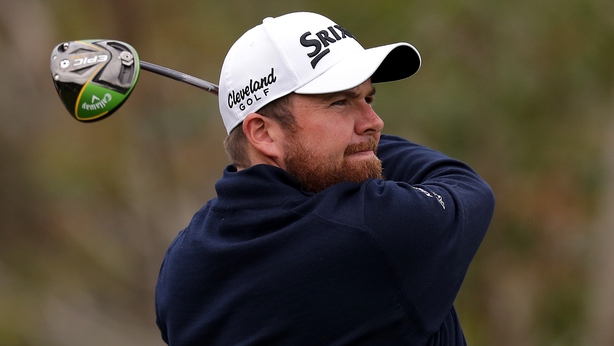 The Englishman found succour on the four long holes on the course, picking up six shots, with birdies at the fourth and 16th sandwiching eagles at the sixth and 12th following spectacular approach shots.

He told the PGA Tour website: "Funnily enough when I came off yesterday and I was in the truck with my trainer, just warming down for the day, he asked how my play was and I said 'I could have played the par-fives better'.

"I was level-par with them yesterday. Today I made a much better job of those and you have to.

"On some courses, if you can score on the par-fives, you can shoot a good score, and that's basically where I made up all my numbers."

Fleetwood, who topped the European Tour order of merit in 2017, collected further birdies at the fifth and eighth to offset bogeys at the second and 10th in an eventful round.

While he and Bradley are now four shots clear of the rest of the field, Fleetwood admitted his form around the greens had kept him from dropping out of contention after carding a three-under 69 in his opening round.

Bradley, the 2011 US PGA champion, made six birdies and two bogeys in his 68 to draw level alongside Fleetwood in Florida.

Fleetwood's Ryder Cup partner Francesco Molinari is among six players on five under while English trio Eddie Pepperell, Matt Wallace and Matthew Fitzpatrick are a shot further back.