Law was three shots behind as he stood on the 16th tee at 13th Beach Golf Club, but made a birdie there and then produced a stunning second to eight feet on the par-five last to set up an eagle.

That put him in a share of the lead with Ormsby at 18 under and when the home favourite made a double-bogey on the 17th, he needed an eagle of his own on the last to force a play-off.

The 38-year-old gave himself a putt from the fringe for a three but could only make a birdie and Challenge Tour graduate Law had a one-shot victory over Ormsby and Brad Kennedy in just his 18th European Tour appearance.

Paul Dunne and Michael Hoey finished in a share of 17th spot on ten under after rounds of 73 and 69 respectively.

A round of 72 saw Gavin Moynihan finish on seven under.

South Africa's Justin Harding finished fourth on 16 under with Scotland's David Drysdale and Australians Jason Scrivener and David Bransdon a shot further back.

The victory represents a remarkable turnaround on the course for Law, who was on the brink of taking on other work over the winter before winning last season's SSE Scottish Hydro Challenge and finishing 14th on the Challenge Tour.

The 27-year-old had also called a penalty on himself on the ninth, which resulted in a bogey, before he came home in 31. 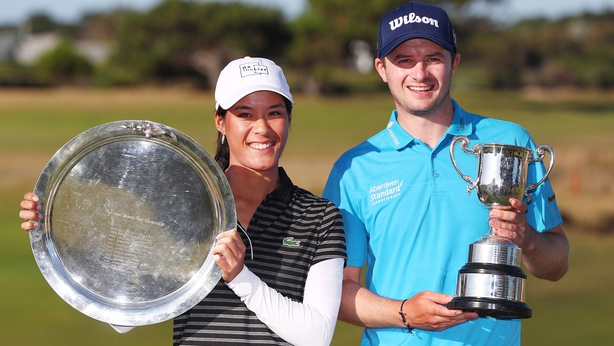 Kemp surged through the field with a final round of 65 and Thomas returned a 69, while Oh could only manage a 74 and overnight leader Kim Kaufman slumped to a 78 to finish four shots adrift.